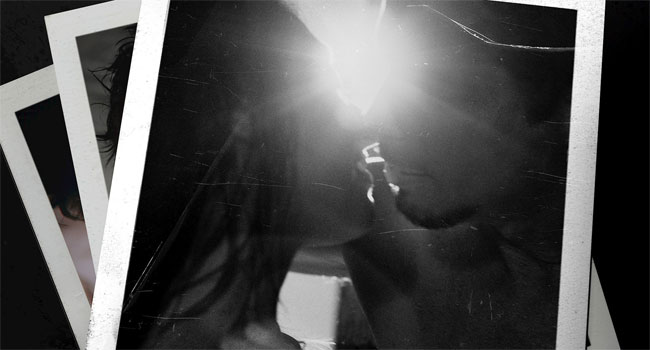 On July 20th, which would have been Chris Cornell’s 56th birthday, Vicky Cornell on behalf of The Chris Cornell Estate released his never before heard cover of Guns N’ Roses’ “Patience” (UMe). The song is accompanied by a music video that was produced by Toni and Christopher Cornell, and features personal images, including special photos taken at home by friend and photographer Steven Lyon.

Cornell recorded this song in March 2016 at Henson Studios in Los Angeles. While he was there working on his own album, he was teaching his daughter Toni how to play “Patience,” as she was a big fan of Guns N’ Roses. During his studio time, he actually recorded it on his own as a tribute to the band and their recent announcement at the time that they would be getting back together.

“One of Chris’s engineers recently reminded me of Chris’s recordings from sessions in 2016. ‘Patience’ was one of them. Listening to it again after so many years it was hauntingly beautiful; it brought it all back in a rush of bittersweet memories,” Vicky Cornell shares.

“His birthday seemed the perfect time to share this and celebrate Chris, his voice, music, stories and art. It is true a man is not dead while his name is still spoken…and, through his art, an artist’s soul still burns just as bright as ever upon all those that look up to him and his memory. Releasing music that was special to Chris keeps a part of him here with us- his heart and his soul. His love and his legacy.

“A special thank you to Axl, Slash, and Duff for continuing to honor Chris in their live shows. And to all of Chris’s fans, thank you for holding him in your hearts and always sharing your love for Chris with us. I want to thank our children too; for you are a reflection of your father, both his strength and his kindness.

“The memory of your smile still makes my heart, broken as it is, beat as fast as the first time we met. We love you, Chris, Happy Birthday.”

In addition, to honor their dad, Toni and Christopher Cornell are launching two national initiatives to address addiction. In partnership with the Addiction Policy Forum and the Chris and Vicky Cornell Foundation, they are introducing “Stop the Stigma,” an educational pilot program that will be brought to high schools around the country. This innovative peer-to-peer initiative empowers young people to tackle the stigma around addiction and teaches teens the science of substance use disorders, prevention and that addiction is a disease and a mental health issue and not a moral flaw.

Toni and Christopher are also launching a podcast, which will explore how stigma is hampering efforts to combat addiction and what actionable steps can be taken to address this. Toni and Christopher will be joined by expert guests, including scientists, policy makers, celebrities and other key individuals who can speak from personal experience and delve deeply into this critical effort to reverse the trend of this devastating epidemic. The first guest on this forum will be world-renowned scientist and Director of the National Institute on Drug Abuse at the National Institute of Health, Dr. Nora Volkow. Dr. Volkow’s revolutionary work has had a profound impact on the field of addiction. Among other significant accomplishments, she has pioneered the use of brain imaging to explore how drugs affect the brain and has demonstrated to the world that addiction is in fact a disease.

“Losing our dad was like losing our universe. We miss him every day,” Toni and Christopher Cornell share. “With our father’s memory, and his constant presence in our lives, we are so proud to be working on a project like this that can make a real difference. His music saved lives and his legacy will continue to do so. No family should have to go through what we did. With this national campaign, we will be able to give people and kids what they need to better understand addiction, the stigma that surrounds it, and how we can work together to end it.”

The podcast will be available beginning in August.