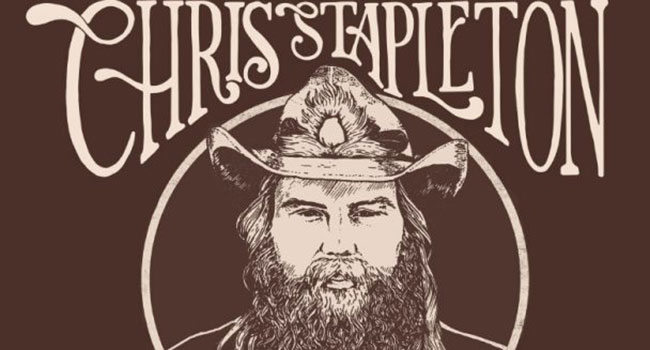 Chris Stapleton has postponed select dates on his All-American Road Show. Eighteen dates for early summer have been rescheduled due to the pandemic while one set for Atlantic City, NJ was forced to be canceled.

All tickets will be honored for the new dates, but ticket holders have 30 days to request a refund from point of purchase.

The new dates push the tour through June 2022 with a two night stand at Denver’s Ball Arena. The first stop on newly revised schedule sees Stapleton and Co playing Summerfest in Milwaukee on July 8th before kicking off the headlining trek later in the month.

“A Concert for Kentucky,” a special performance benefitting his newly created Outlaw State of Kind Hometown Fund, will be held at University of Kentucky’s Kroger Field on April 23, 2022. Presented by Live Nation, the performance is the first concert ever held at UK’s Kroger Field and will feature very special guests Willie Nelson & Family, Sheryl Crow and Yola. One hundred percent of the concert’s net proceeds will go toward Chris and Morgane Stapleton’s Outlaw State of Kind Hometown Fund. Established in partnership with the Blue Grass Community Foundation, the fund will specifically support local and national organizations directly impacting Kentucky, with initial grant distributions focusing on music and arts education.