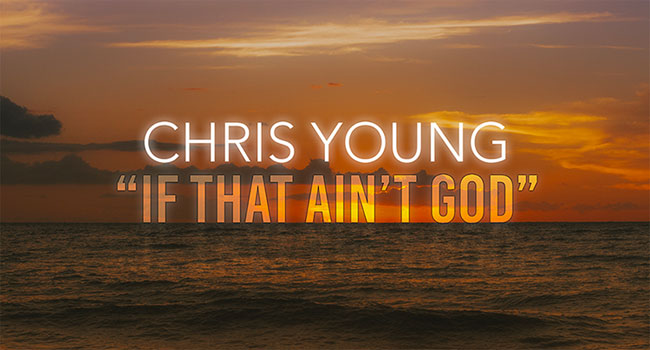 Multi-platinum entertainer Chris Young has released “If That Ain’t God.” The full song and lyric video are available everywhere. Young exclusively spoke with People.com about the song, along with a video interview for People Now.

After teasing a 56-second clip to social media recently, the song received an overwhelming response from fans. His first new music in over a year, “If That Ain’t God” is written by Young, Matt Roy, Mitchell Oglesby, and Greylan James and co-produced by Young and Chris DeStefano. He talks about what drew him to “If That Ain’t God” during a recent episode of his podcast, The Quad with Chris Young.

“If That Ain’t God” follows his most recent releases, including his latest single, “Drowning,” which had over 1.2 million streams in its first week of release and was named to Rolling Stone’s Best Country and Americana Songs of 2019, as well as “Raised On Country” and “Town Ain’t Big Enough,” featuring Lauren Alaina.

Chris Young has over two billion career streams and 12 million singles sold, 17 RIAA gold, platinum and multi-platinum certifications, and over 400,000 tickets sold for his 2019 arena and amphitheater headline tour.