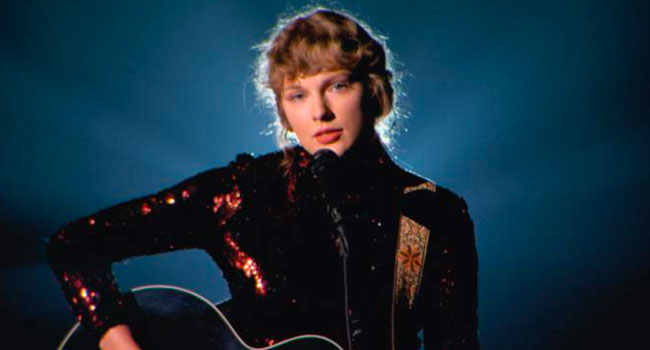 “Seeing my country music community suffer due to the pandemic has broken my heart. It was important to donate the dulcimer that was designed for my 50th Opry Anniversary so we can raise awareness and much needed funds to keep these folks on their feet before we can open the doors to our stages once again,” Parton shares.

Other auction highlights include Sheryl Crow’s vintage Baldoni accordion (estimate: $8,000-12,000) which has an extensive and important studio and live performance history. Made circa 1940 in Castelfidardo, Italy, the accordion has a rhinestone-studded logo, has been owned by the artist since the nineties and used in the 1996 recording of her second album “Sheryl Crow.” The accordion was played in numerous memorable performances including her 1997 Lilith Fair live performance of “Strong Enough”; the 1997 VH1 Honors show performing “Back in the High Life” with Steve Winwood; the 1998 Global Sessions tour; as well as appearances with Bob Dylan, Emmylou Harris, Levon Helm, Marty Stuart and others.

Additional important musical instruments in the sale include Keith Urban’s Hi-9 semi-solid body electric guitar played in Urban’s 2018 Coming Home video from the album Graffiti U and on the 2018 ACM Awards Show (estimate: $5,000-10,000); Bradley Cooper’s semi-hollow body electric Gibson guitar (estimate: $2,000-4,000) used by Cooper as “Jackson Maine” alongside Lady Gaga throughout rehearsals and filming of the 2019 blockbuster “A Star is Born”; and Dwight Yoakam’s first ever owned Epiphone Casino guitar with hard shell case from the cover of his 2005 16th studio album Blame the Vain (estimate: $3,000-5,000). The auction also offers signed guitars from Vince Gill, Blake Shelton, Kenny Chesney and more (estimates range from $500 to $2,000).

In addition to instruments, the sale features Tim McGraw’s F131 Hellcat Motorcycle, 2007 by Curtiss Motors (estimate: $30,000-50,000). A gift from long-time friend NFL quarterback and Hall of Famer Brett Favre, the bike boasts 137 horsepower and is equipped with a vast array of must-have features. Also included in the sale is “HAGGARD” a 2019 work by Visual Artist and Academy Award-winning songwriter Bernie Taupin, saluting the lyrics of American county singer Merle Haggard from his 1970 epic “The Fighting Side of Me” (estimate: $15,000-20,000).

The stellar line up of items contributed by artists includes a circa 1930 acoustic guitar from Little Big Town; ephemera from documentary documentarian and filmmaker of Country Music Ken Burns and country artist Marty Stuart, along with performance wear worn by Reba McEntire, Billy Bob Thornton, reigning ACM Entertainer of the Year Carrie Underwood and Trisha Yearwood, custom and stage worn cowboy boots from Miranda Lambert as well as Clint Black including one of his iconic harmonicas (estimates range from $300 to $2,000).

“We are immensely grateful to the artists in the Nashville community and beyond who have generously donated items for this auction in collaboration with Christie’s,” says Lyndsay Cruz, Executive Director, ACM Lifting Lives. “Every winning bid will go towards our COVID-19 Response Fund to support the workers of our Country Music community: the tour bus drivers, aspiring musicians, techs and venue workers – so many of whom have lost their livelihoods overnight during the course of this pandemic. So far, the fund has distributed $1.5 million and we are hoping the sale of these iconic items will enable us to support more affected by this crisis.”

“Christie’s is honored to work with the country music community in Nashville and partner with ACM Lifting Lives COVID-19 Response Fund to support the frontline workers who are in need at this time. We are excited to be presenting this collection of important instruments and ephemera from legendary artists; their participation speaks to the philanthropic hearts of the Nashville community taking care of its own,” comments Nancy Valentino, Strategic Business and Client Development, Christie’s.

ACM Lifting Lives is the philanthropic arm of the Academy of Country Music dedicated to improving lives through the power of music. Through partnerships with artists and strong ties in the music industry, ACM Lifting Lives funds music health programs while also serving members of the music community who face unexpected hardships through its Diane Holcomb Emergency Relief Fund. With generous donations and the support of artists and fans, ACM Lifting Lives has funded national music therapy programs serving various mental and physical health organizations. Some of the recipients have included patients at children’s hospitals and other healthcare facilities, recovering veterans, people with Williams syndrome, and individuals with mental illness.