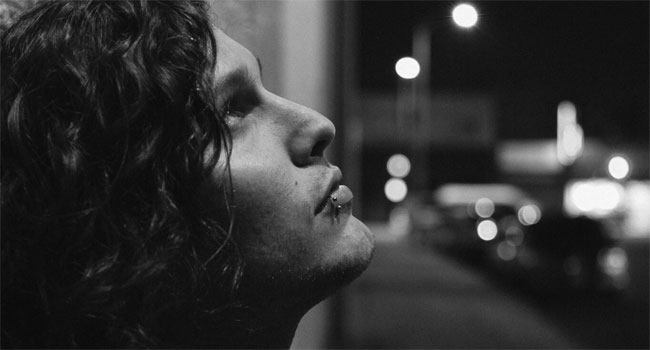 The buzzing Alabama rapper and singer attracted GRAMMY Award-winning superstar Breezy to join him on this unconventional, yet undeniable banger. The instrumental simmers as Clever’s voice soars, illuminating his inimitable inflection and towering range. Meanwhile, Chris Brown cruises through with a striking and sizzling verse of his own.

Hailing from rural Alabama, Clever materializes with skyscraping spectral melodies, woozy rhymes, untouchable charisma, and unexplainable mystique. If a Tim Burton character hopped off screen and made hip hop, it might sound like this, shuddering with emotion, teeming with seduction, and jarring with attitude. After doing a bid, he initially cut his teeth as a songwriter for everyone from David Foster to Snoop Dogg before dropping his solo single “When Only You Will Do” [feat. Droc] in 2018.

The song caught the attention of Juice WRLD and Grade A Productions who got behind him. Soon after, he appeared on “Ring Ring” with RVSSIAN from Juice WRLD’s chart-topping gold-certified debut, Death Race for Love, which bowed at No. 1 on the Billboard Top 200.

In its wake, CLEVER unleashed the mixtape Who Is Clever. The standout “Stick By My Side” [feat. NLE Choppa] racked up 22 million Spotify streams and turned Post Malone into a fan, leading to an eventual deal with his label Posty Co. Kicking off 2020, he featured on Justin Bieber’s “Forever” alongside Malone, marking his second appearance on a No. 1 album in six months.

After posting up 100 million-plus streams and receiving acclaim from the likes of HotNewHipHop who christened him, “The music industry’s best-kept secret,” he spins his very own myth on his 2021 full-length debut album due soon.