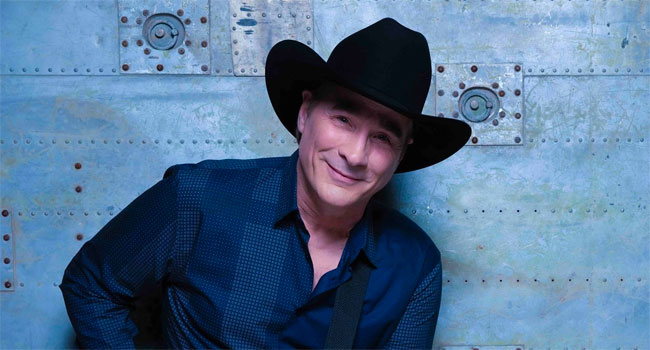 Talking in Circles comes to Circle Network on May 22nd

Grand Ole Opry member and Grammy winning country superstar Clint Black has announced that he is set to host and co-produce a new series, Talking in Circles with Clint Black, which will premiere on Circle Network on Saturday, May 22nd at 10 pm ET following Opry Live. The weekly series will feature a variety of musicians, songwriters and artists including Darius Rucker, Keb’ Mo, John Rich, Sara Evans, Travis Tritt, Steve Wariner and Trace Adkins. Additional guests to be announced shortly. Black made the announcement this week on The Kelly Clarkson Show.

“Talking in Circles will be a candid artist-to-artist conversation with some of the top entertainers in the business about songwriting, recording, and performing on the road,” Black shares. “I’m excited to let people ‘overhear’ some of the things we artists have to say when we talk shop.”

“The Circle Network is honored to partner with legendary country artist Clint Black for the upcoming Talking in Circles series. Clint will take us inside the minds of musicians and songwriters who make country music what it is today and give fans an exclusive behind-the-scenes look at conversations between artists,” adds Evan Haiman, Circle Network’s SVP of Content.

Talking in Circles is produced by Sound Off Productions alongside award-winning music and broadcast veteran Domenic J. Cotter. The show films at Analog, inside of Nashville’s iconic Hutton Hotel.

Black surged to superstardom leading the fabled Class of ’89, with five consecutive singles from his triple platinum debut album, Killin’ Time reaching No. 1; a feat never accomplished before in any music genre. He followed that with his second album, certified triple platinum Put Yourself In My Shoes, followed by a string of certified gold and multi-platinum albums. Black has earned 22 No. 1 singles and 31 Top 10’s, making him one of the most successful singer/songwriters of the modern era. He has sold more than 20 million records and has received dozens of major awards and nominations including a GRAMMY and a star on both the Music City and Hollywood Walk Of Fame. Black’s latest release is the single “Till The End Of Time” which is a duet with his wife Lisa Hartman Black. The pair will celebrate their 30th wedding anniversary in 2021. Black also recently launched Clint Black Cowboy Coffee. The-Texas brewed product started as a Christmas gift to family and friends, but the demand from all to get more of this delicious coffee caused Black to start his company.