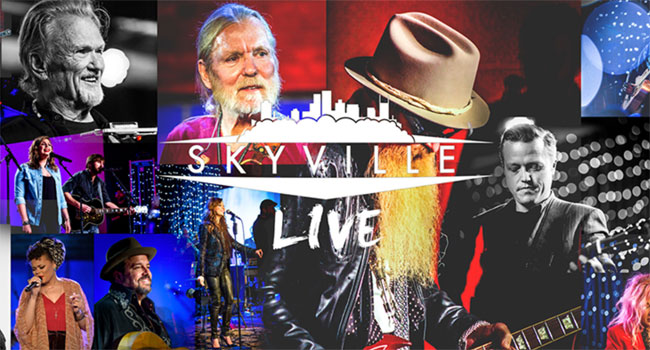 CMT has announced its partnership with Skyville Live, the Emmy Award-winning music series from Academy and Emmy-Award winning studio Believe Entertainment Group to bring ten of its music specials to life in 2021. Celebrating the music of legendary artists throughout the year, CMT will host the broadcast premiere of the one-hour specials, with exact timing for each to be announced at a later date. All specials were filmed pre-COVID in front of an intimate studio audience at Skyville Live in Nashville.

Featuring unique and unexpected pairings for once-in-a-lifetime collaborations, each special showcases the biggest names in music, past and present. The first, Skyville Live: Kris Kristofferson & Friends, is set to premiere on Tuesday, January 19th at 10 pm ET/PT, celebrating the music of the legendary singer-songwriter. Kristofferson will be joined by Brandy Clark, Jason Isbell, Lady A and Raul Malo for the one-hour tribute showcasing his most memorable songs from his storied career, including “Me and Bobby McGee” and “Help Me Make It Through the Night,” among others.

Skyville Live began life as a very small club in Nashville as a way for up-and-coming artists to showcase their talents. It became very popular, but there was little room for growth. Wally Wilson, who co-owned Skyville Music, along with music industry insiders, created a live-streamed concert series, bringing together famous artists from the world of classic rock and country, with new artists in a funky warehouse in Nashville in front of a live audience for intimate performances.