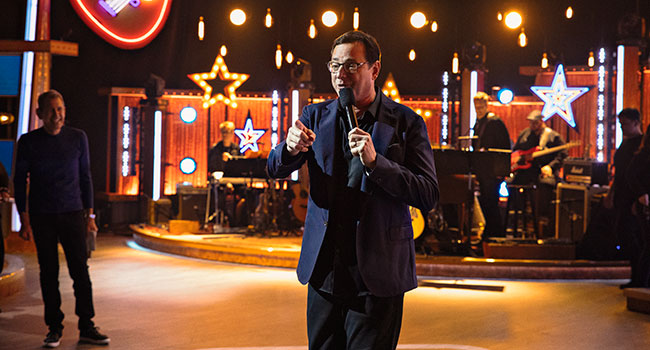 CMT has unveiled that its new game show series, CMT’s Nashville Squares, will kick off with a two episode premiere on Friday, November 1st at 8 pm ET. Hosted by comedian Bob Saget, the all new series puts a country music twist on the classic game show Hollywood Squares, following in the footsteps of hit series VH1’s Hip Hop Squares, by staying true to the beloved tic-tac-toe format and infusing it with some of the most influential and charismatic personalities in country music, pop culture, entertainment, sports, fashion, comedy and more.