CMT has announced the premiere of its first video app tied to its programming, featuring TV Everywhere functionality and co-viewing. As an introduction to the app, CMT will pre-release the first episode of the new season of its hit series Sweet Home Alabama exclusively in the app a week before its premiere on television. Beginning immediately, fans will be able to download the new app for free on iPhone and iPad. In the coming months, CMT will launch CMT Artists, a separate music app experience that will simplify the process of discovering and connecting with artists. RAM Truck brand is the exclusive launch partner of CMT’s app.

“With this launch, we’re giving fans more opportunities to access their favorite shows and characters, while at the same time providing new ways to work with our cable and ad partners,” says Martin Clayton, VP of Connected Content for CMT. “This new app experience will immerse our audience in the CMT brand and allow us to deliver them new video content every day.”

The app provides fans unmatched access to a library of current episodes and full seasons of hits including Dog And Beth: On The Hunt, Dallas Cowboys Cheerleaders: Making The Team and Cassadee Pope: Frame By Frame, as well as retro favorites like Trick My Truck via TV Everywhere. Access to full-length episodes in the CMT app will be included as part of a subscriber’s TV service package from any one of ten distributors, including AT&T U-verse, Bright House Networks, Cablevision, DirecTV, EPB Fiber Optics, Hawaiian Telcom, RCN, Suddenlink, Time Warner Cable and Verizon FiOS, which collectively reach almost 50 million homes. Subscribers simply need to sign in with their TV provider credentials to watch full episodes. All users will be able to access unique content that extends the narrative of the show, including after shows, cast interviews and original webisodes.

As an introduction to the new app, CMT will pre-release the first episode of the new season of the dating reality series Sweet Home Alabama exclusively in the app, one week before its premiere on television. Sweet Home Alabama is the No. 1 most-streamed original series in the history of CMT.com. Season four of the popular series follows Southern belle Kelsey Smith’s journey to find true love by dating city guys and country fellas.

This marks the latest in a line of recent innovative experiments aimed at providing fans with immediate access to exclusive content within its brand apps. Recently, MTV became the first network to pre-release an entire season of a series, Wait ‘Til Next Year, in its app prior to its premiere on television. During its pre-release, the show helped drive the app’s biggest streaming week to date per person and increased downloads 47 percent week over week. Additionally, the series’ television premiere drew an eight percent uptick in P12-17*. When fans banded together to tweet #UnlockMiley to access two new clips for Miley: The Movement, MTV app installs increased more than 80 percent week over week. In addition, following the television premiere of CrazySexyCool: The TLC Story, VH1 placed the film exclusively in the VH1 app for a week and generated 1.4 million streams of the film and other TLC content.

The new CMT app will offer a new co-viewing “connect” experience that will filter the best tweets from Twitter and allow fans to discuss their favorite shows and characters in real time with other fans or with the show’s cast on the app or via Facebook. 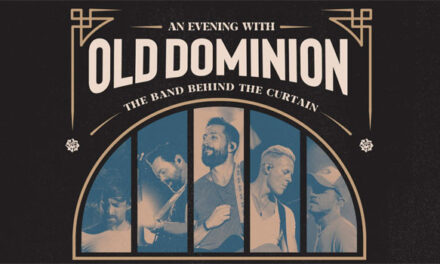