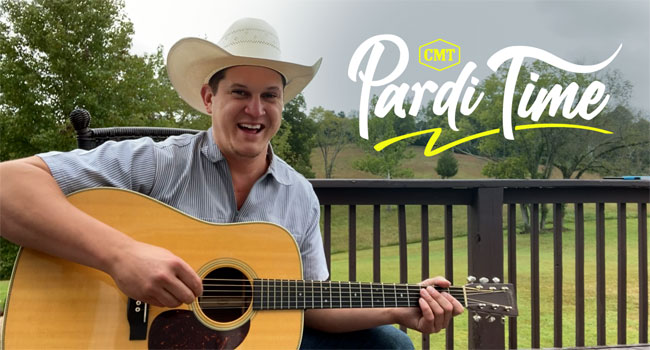 Shot, directed, and hosted by Jon Pardi (with help from CMT), Pardi Time is all things, and all sides, Jon Pardi. With segments like “Dear Jon,” a hilarious take on advice from The Gentleman, “Pardi Snacks,” his cooking (and cocktail) themed how-tos, and “Til Death Do Us Pardi,” the real REAL on his engagement and wedding planning (and re-planning – thanks, COVID), plus Pardi Tunes and so much more. Episodes will roll out weekly across CMT digital platforms.

“We were lucky enough to work with Jon on our first episode of ‘Off The Road,’ a mini doc that was completely self-shot by Jon in early April. After seeing the first round of footage, we had a hunch fans would love it – and they did! The feedback was incredible, but we knew there was so much more for fans to see,” shares Melissa Goldberg, CMT’s Senior Director of Digital & Social. “Jon is an incredible star and creative partner, and we are so excited to show-off more of his dynamic personality. We know our CMT fans will love taking a peek into his home life, resonate with his authenticity and get a kick out of his crazy antics.”

Pardi is set to release the Deluxe Edition of his critically-acclaimed 2019 album Heartache Medication this Friday, October 2nd, featuring three new bonus tracks and a new version of his latest single “Ain’t Always The Cowboy” (Western Version). Heartache Medication (Deluxe Edition) is the extended version of Pardi’s critically-acclaimed album Heartache Medication, which debuted among the top albums on Billboard’s Country Albums chart and garnered the “hero in the making” (Variety) a double nomination as both artist and producer for ACM’s Album of the Year category and a nod for CMA’s Album of the Year. Most recently, he received a 2020 CMT Music Awards nomination for ‘Beer Can’t Fix’ with Thomas Rhett in the “Collaborative Video of the Year” category.

Pardi Time is the newest CMT digital series in a line of premium offerings from the brand that includes Off the Road (formerly On the Road) capturing real-life moments off the road with country’s top talent, including Pardi and Brothers Osborne, Another Round, which brings Music City’s celebrated ‘in the round’ format to life and has featured the iconic Williams family, CMT Hit Story, where artists like Tim McGraw and Kelsea Ballerini & Halsey have shared stories behind their hit songs, and many more. 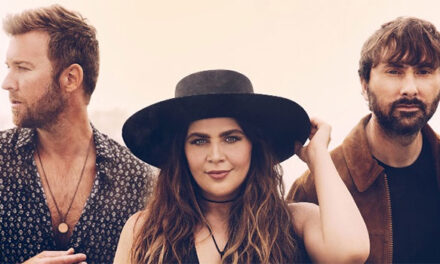