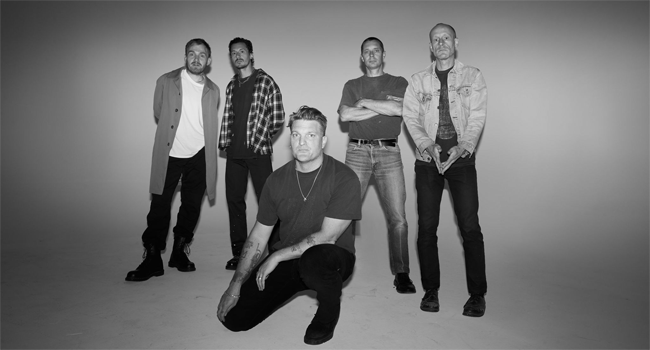 The concert will air on January 12th at 3:30 pm EST during the Virtual Consumer Electronics Show (CES) via Panasonic’s website.

Six BGH1 box-style cameras will be positioned around the venue to capture the concert action from various angles, providing an up-close experience for viewers. Launched in November 2020, the BGH1 is a Micro Four Thirds mirrorless cinema and live event camera designed for versatile video production. Optimized to capture fast-moving subjects, the BGH1 leverages advanced deep learning technology to detect specific focus areas. Ideal for recording live events such as concerts and capturing cinematic footage, the camera keeps tracking the subject even if they move quickly, turn their back to the camera, tilt their head or move far away from the camera. Panasonic is proud of the technology achieved in the BGH1, now the second LUMIX camera and the first Micro Four Thirds mirrorless camera to be certified for production for Netflix. BGH1 Netflix certification follows the LUMIX S1H certification, which was approved last year.

The Cold War Kids have partnered with Technics this year in support of the authenticity of sound reproduction in the new Technics True Wireless in-ear headphones (EAH-AZ70W). The detailed, high-fidelity reproduction of sound that Technics offers across its range of products lets Cold War Kids share their music exactly as it was originally intended. The Technics True Wireless in-ear headphones, announced at CES 2020 and launched over the summer, are equipped with industry-leading noise cancelling technology, a compact body, Bluetooth antenna and long-lasting battery.

“Even though we can’t be in Las Vegas this year, we are excited to bring the thrill of CES to you through this high-energy immersive concert experience using Panasonic imaging and audio technology,” states Jack Oh, Director, Panasonic Consumer Electronics Company. “We hope you enjoy the 360-degree views of the Cold War Kids dynamic performance and a virtual backstage pass to get a sneak peek of the behind-the-scenes action.”

“As the evolution happens from listening to music away from the best sounding home stereo, I love that Technics is making new wireless buds that have an emphasis on Hi-Fi. It’s exciting, it’s all progress. Artists should keep doing their thing and know that the audio quality is going to be lifted by the technology and brands like Technics that are always pushing the boundaries,” says Nathan Willet, lead singer, Cold War Kids.

Area15 is the first in the US to utilize the newly released PT-RQ35K for its Live Events space. Panasonic was chosen for its high brightness and jaw-dropping image quality and as the smallest and lightest 3-Chip DLP 4K projector in its class and can be transported and installed with just two people. Smart Projector Control is provided via a remote app for iOS and Android devices. This solution can adjust and control up to 64 projectors individually or simultaneously from anywhere within range of the wireless network. Once connected, you can switch the unit on or off, select an input signal, and adjust the projector’s OSD menu settings via your device’s touchscreen with the units in standby. Installers avoid delays and now may set up a fleet of projectors while other event infrastructure is assembled.