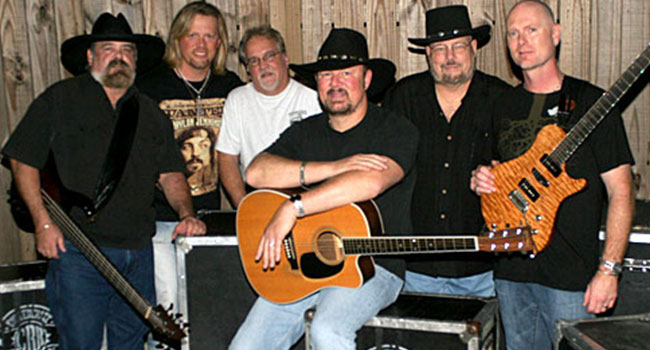 Controversy has struck Illinois after state legislatures decided to cancel Confederate Railroad’s contract due to its name. The band was removed from its August 27th slot due to “racial sensitivity concerns.” After several days of silence, the band has shared the following statement in regards to the matter.

“As many of you know, we were scheduled to perform at the Illinois State Fair in Du Quoin, Illinois on August 27, along with our friends Restless Heart and Shenandoah,” singer Danny Shirley shares. “We have since been removed from that show by the Illinois Department of Agriculture because of the name of our band. This was very disappointing as we have played this fair before and enjoyed it very much. The outpouring of support from Confederate Railroad fans, fans of other acts, and the public in general, has been both overwhelming and very much appreciated. I would also like to thank the actors, athletes and fellow country music artists who have spoken out in support. It has been brought to my attention that several people have asked both Restless Heart and Shenandoah to cancel their shows in protest of our cancellation. I have spoken to both acts and encouraged them to perform as scheduled. Live concerts are how we pay our bills and feed our families. I would never want to see another act lose a payday because of this. Please go out to hear these two great bands. As I have said many times onstage, I am by no means a saint but, I am a man of faith and I have faith that God will see us through this as well as whatever comes next! Thank you for your support.”

The group was set to perform as part of a “90’s Country ReLoaded Day” along with Shenandoah and Restless Heart, who will still perform on August 27th. It was the Illinois Department of Agriculture’s decision to cancel the band’s contract after Rich Miller with Capitol Fax asked whether or not it was appropriate for the band to play a state-owned facility because their name contains the word “Confederate” in it.

“While every artists has a right to expression, we believe this decision is in the best interest of serving all of the people in our state,” Fair Manager Josh Gross tells the Pickneyville Press over the weekend.

Many fans have swarmed social media to express their dislike of the cancellation, even calling for a boycott of the Du Quoin State Fair. Many, including country stars Charlie Daniels and Oak Ridge Boys singer Joe Bonsall, are upset stating the political correctness of this country has gotten out of control.

Shenandoah has even responded, saying, the political correctness has to stop.

“Confederate Railroad has been extremely wronged by having been booked and then cancelled,” the band writes. “The event’s organizers knew their name when they were booked, and now this firestorm will likely effect them in a negative way for the remainder of their career, taking their ability to provide for their families away from them. 100% of the comments Shenandoah has received have asked us to cancel our show as well, but we are contractually obligated. Plus, we wouldn’t want to do that to our own fans that want to see us. This ‘political correctness’ has to stop. It’s tearing our country apart.”

Controversial rapper Snoop Dogg, who stands over what appears to be a dead President Trump with an American flag draped over his body on his most recent album Make America Crip Again, is set to play the Illinois State Fair in Springfield, causing even more public backlash.

Illinois State Representative Candidate Terri Bryant, District 115, is seeking to get answers about the entertainment decisions made by lawmakers. She disagrees with the state’s decision to cancel Confederate Railroad’s contract and not Snoop Dogg’s.

“I am disappointed in the administration’s decision as are many of my fellow Southern Illinoisans,” she shares on Facebook.

“For those of us living in Southern Illinois that enjoy country music, we can often find connections in the lyrics and messages in our favorite songs that remind us of love of country, love for family and friends and a simple way of living.

“Having said that, a direct contrast to country music’s typical lyrics would be evidenced by upcoming Springfield State Fair musical act Snoop Dogg. The controversial rapper has for decades used his platform to malign police, refer to women in disgusting ways, and glorify gun violence and illegal drug sales.”

On Monday (July 8th), she shared a followup after meeting with high-ranking members of Illinois Governor J.B. Pritzker’s staff in Chicago. In part, her statement reads,

“The meeting was multi-fold. I wanted to identify for my constituents who made the call to cancel the contract with Confederate Railroad and the official reason for why it was done. I also wanted to express my absolute disagreement with the cancelation. In addition, I wanted an explanation for the booking of Snoop Dogg in Springfield considering his album cover has a picture of what appears to be a dead President Trump on a slab covered with a flag while Snoop Dogg stands over him in a defiant manner.

“I was informed in no uncertain terms, that the decision to cancel CR was made by the Pritzker administration, including the two people sitting with me at the table. They affirmed that the decision was not made by DuQuoin Fair officials or by Director Sullivan.

“They refused my insistence that Confederate Railroad be permitted to perform. Their reasoning was that they have a hard fast rule not to permit any use of the Confederate flag in any way. When I asked what their policy was pertaining to a sitting President being depicted in the way President Trump is depicted on Snoop Dogg’s album cover, they said, they had no such policy.

“In fact, I was told by one of the Governor’s staffers that I should use this case as a ‘teachable moment’ for the people of Southern Illinois. I am serious…that is what the staffer said.

“In short, the Pritzker administration canceled Confederate Railroad because the Confederate flag offends many people.

“They refused to cancel Snoop Dogg even though it offends many people. I believe in very limited government censorship. I believe even less in double standards.”