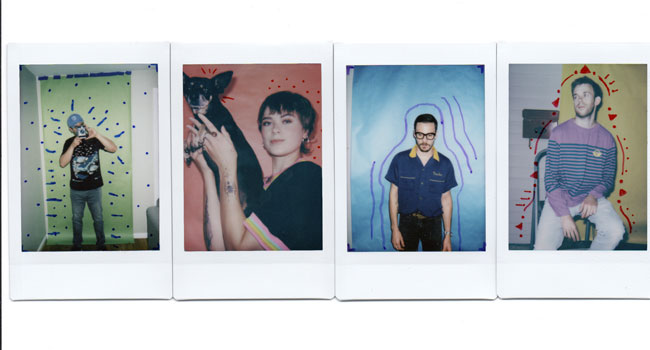 If the summer of 2020 hadn’t happened in 2020, what would the song of summer 2020 be? There’s an argument to be made that Winnetka Bowling League’s “Come To the Beach” could’ve been a contender. It’s one of five stellar tracks from the band’s EP Congratulations, and congratulations are in order for a musically rich release.

What can easily be described as music that’s played in a downtown Brooklyn boutique store where you can imagine the cool New York City clientele asking, “What band is that?” Winnetka does give off a cool but friendly, approachable vibe in their songs. The songs are sunny, mixed with some good humor. Categorically (as uncool as it is to categorize music), it falls under alt but really, Winnetka offers a fresh approach to typical alt/indie music; the band almost purposely pokes a little fun at themselves in “CVS” (which the song and clever video is really about the drugstore CVS). “Come To the Beach” shows some musical muscle, with heavy guitar chords and blazing drums being interjected in between soft, mellow, summery sounds and lyrics. There’s an anthem-esque quality to the vocals that works beyond well with the rest of the music.

“Kangaroo” is the song that defines the EP and the band. It’s a made for nerds by nerds kind of spacey sounding jam. Heavy rock guitar licks are sprinkled with a touch electronica, with chock full of silly, self-deprecating lyrics. “I got rainbows coming out of the back of my car” starts off the track then midway lead singer/songwriter Matthew Koma declares “My wife has a better job. She backs me and my indie rock. I’m kidding about the indie part, I ain’t that cool-ool-ool.”

We beg to differ. Winnetka Bowling League’s Congratulations is beyond cool-ool-ool!