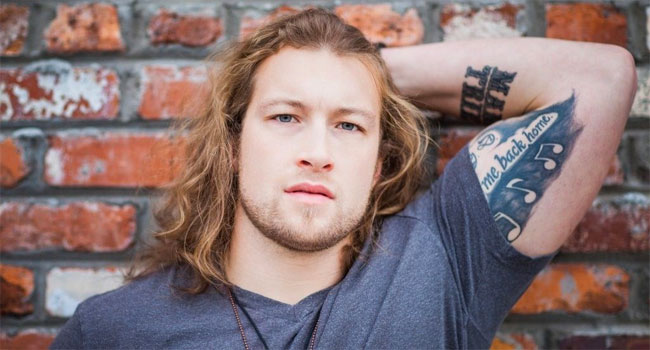 Who I Am makes Top 5 iTunes entries worldwide

It’s not very often I take the time to review new music. You may see me publish one or two per year, depending on the artist, but I had to write about Cory Marks’ debut Who I Am after buying and listening to the CD (Yes, I still prefer the superior physical formats). The album was released last week via Better Noise Music and resulted in Top 5 iTunes chart entries all around the world. Marks blends his love of Deep Purple, Ozzy Osbourne and Rush with outlaw country like Waylon Jennings and Merle Haggard to create a unique country and southern rock sound that should bring the music back from near extinction over the past decade.

Marks’ first foray onto the mainstream market was with “Outlaws & Outsiders,” featuring Ivan Moody of Five Finger Death Punch, Travis Tritt and Mick Mars of Mötley Crüe. As I am usually reluctant to give new artists a try because they often don’t fit my musical tastes, I decided to give the track a listen due to Tritt’s and Mars’ involvement, whom I’m longtime fans of both. This song socked me with a sucker punch to the face for how real it sounded and how far it strays from modern music’s EDM foundation.

There’s not a bad song on the album. It’s full of uptempo rowdy country rockers that’ll keep any crowd on its feet. Some of my favorites include the aforementioned “Outlaws & Outsiders,” “Keep Doing What I Do” and “She’s Hollywood,” featuring some language not suitable for terrestrial radio. One of the album’s few ballads comes with “Out In The Rain” featuring Halestorm’s Lzzy Hale that’s full of emotion. The track displays Hale’s powerful and versatile voice as she and Marks plead to one another about their “relationship.”

After listening to the album’s 13 tracks — two of which appear out of order from the CD jacket’s listing (“Out In The Rain” and “She’s Hollywood”) — I am eager to see Marks on tour whenever he’s able to resume following the COVID-19 pandemic. I’m so glad he chose not to delay this release as it grinds the gears for music junkies who prefer organic music. The album’s title track is the only one that stood apart to me that featured a loop-based beat, but still wasn’t overbearing like the overproduced stuff I mostly hear these days.

Marks should “Keep Doing What I Do” by bringing the southern rock genre back to the forefront of modern music. Better Noise Music, thanks for signing an artist with artistic integrity that keeps the faith music can be real again! He’s got a long career ahead of him and I’m a-okay with that!