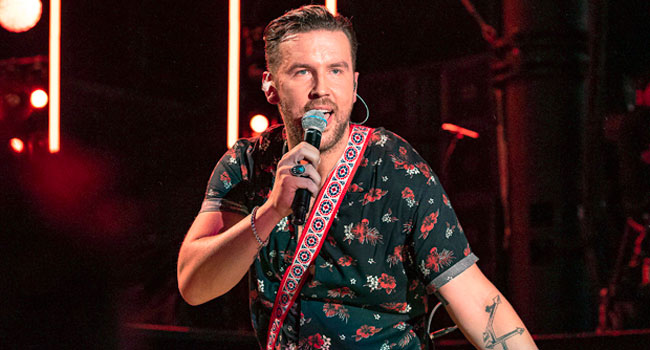 Country singer is the latest to announce sexuality

Many in the country music community are sending love and support to TJ Osborne, who has announced he’s gay. Ty Herndon, one of country music’s most prominent radio voices of the Nineties, came out publicly in 2014 and sends nothing but love to Osborne.

“I am so proud of T.J. Osborne for telling his story today. Nothing compares to living life openly and authentically, and his message will make such a difference for so many people, young and old. Love and acceptance is the only way,” he tells The Music Universe exclusively.

“Overcome with joy. He’s one of my best friends and one of the bravest people I know. Love you, TJ. Celebrating you today,” she tweets.

Maren Morris also shares support on Twitter, “We love you so much, Teej.”

James Otto calls him a “badass” on Facebook for braving any bigotry that may come his way.

“Of the two major stories breaking in country music today I’m gonna focus on the positive one. I’m truly happy for TJ Osborne coming out and living the life he wants & deserves to live. He’s one of my favorite singers in the biz and if anything being brave enough to be true to his self in the face of whatever bigotry comes his way makes him even more of a badass in my book.”

Cory Marks also sends positive vibes Osborne’s way via Twitter, “Serious news in country music today. Some good and some painful, TJ @brothersosborne very happy and proud of you brother. @MorganWallen… I just don’t know man. Take care of yourself dude, praying for both of you.”

His label UMG Nashville also share their support, “We are so proud to stand by TJ Osborne as he continues to show the diversity and strength of the country music community.”

Osborne shared the news via TIME in a spread that was published on Wednesday (Feb 3rd).

“I’m very comfortable being gay,” he says. “I find myself being guarded for not wanting to talk about something that I personally don’t have a problem with. That feels so strange. I want to get to the height of my career being completely who I am. I mean, I am who I am, but I’ve kept a part of me muted, and it’s been stifling.”

Billy Gilman, Chely Wright, Brooke Eden, and Brandy Clark are among the other country acts who have come out in recent years.