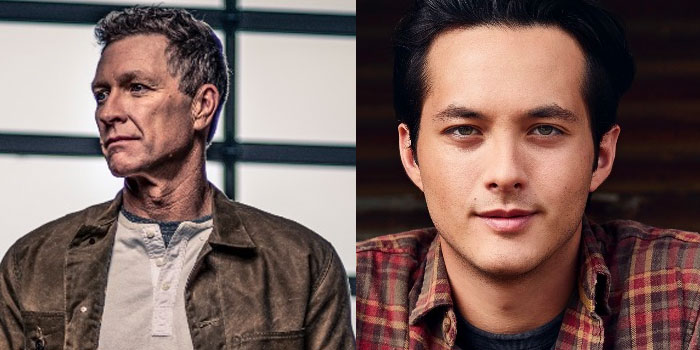 UWVC produces the New York City Veterans Day Parade, which first marched in 1919 and is historically the largest commemoration of service in America. This year’s commemoration will be a mix of live and virtual events, including a 12:30-2 pm broadcast on WABC-TV 7, the most-watched station in the nation.

“All of our veterans are grateful that Craig Morgan and Laine Hardy, two talented and patriotic Americans, will add an exciting dimension to the New York City Veterans Day Commemoration,” Angione shares. “Their words and music inspire all of us.”

“We owe so much to our veterans, the men and women who serve or have served our country,” states Morgan, who will open the broadcast singing the National Anthem. “It’s so important that, even with the challenges of 2020, we are still able to recognize the sacrifices of the U.S. Military in a big way, and I’m honored to be a part of that.”

“I have such a huge appreciation for the veterans who have done so much for our country. My Grandfather served in the Army. So to be able to honor him and service members like him, means so much to me,” says Hardy, who will also perform during the broadcast.

This year’s commemoration will be largely a virtual event, with a symbolic presence on New York City’s Fifth Avenue to maintain the tradition of veterans marching since 1919.

In the days leading up to Veterans Day and on November 11th, there will be programming, including events and interviews and profiles, on nycvetsday.org. The WABC-TV 7 broadcast will include a ceremony from the Intrepid Sea, Air & Space Museum.

Craig Morgan served 17 years in the Army and Army Reserves prior to his music career. As an active supporter of our troops, Craig has received numerous military and civilian service awards, including the prestigious Army Outstanding Civilian Service Medal. Craig lends his support to Operation Finally Home, Folds of Honor and more, in addition to having made 17 overseas tours, entertaining more than 45k service members and their families in 15 countries. Morgan has charted 25 songs on Billboard, including “That’s What I Love About Sunday,” “Redneck Yacht Club,” “Almost Home,” and more. His latest album, God, Family Country, includes a moving cover of Gavin Degraw’s “Soldier,” and “Sippin’ On The Simple Life” – a song with two active duty Army Airborne Rangers, Justin Wright and Andrew Yacovone.

Laine Hardy, from Livingston, Louisiana, is the season 17 winner of ABC’s American Idol. Laine’s debut single, “Tiny Town,” which has already garnered over two million audio and video streams, is at country radio now. Hardy has nearly 35 million combined streaming views to date, and his “Ground I Grew Up On” virtual tour, with views at 2.5 million and counting, has made over 15 online stops so far with new dates continuing throughout the fall. Hardy has close ties to the U.S. Army as his Grandfather met his Grandmother while serving in the Korean War. Hardy looks forward to recognizing and honoring the 70th anniversary of the start of the Korean War this coming Veterans Day. On September 28th, Laine hosted a virtual concert to benefit the American Red Cross after Hurricanes Laura and Sally devastated the Gulf Coast.