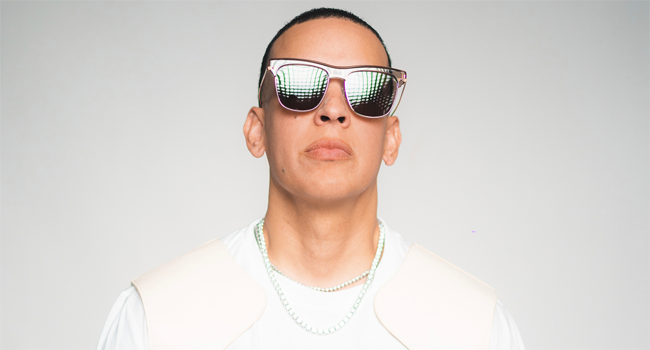 Emerging as an inescapable worldwide hit, global superstar, music entrepreneur and Reggaeton icon Daddy Yankee taps none other than Sisqó for the official remix of “Don Don” with Anuel AA and Kendo Kaponi. The song premiered Wednesday (Oct 21st) on the Billboard Latin Music Awards with an electric performance from the four artists. The track is now available digitally via Universal Music Group’s Ingrooves Music Group and Republic Records, along with Daddy Yankee’s El Cartel Records.

On the remix, GRAMMY Award-nominated multiplatinum hip hop icon Sisqó pulls up with a classic turn-of-the-century verse as quotable as it is nostalgic. Meanwhile, the original “Don Don” has already amassed over 100 million streams and debuted in the Top 10 of the Billboard Hot Latin Songs Chart.

Daddy Yankee is widely recognized for leading and elevating Reggaeton into a global cultural and musical phenomenon, which has fueled an explosion in popularity for Latin music around the world. With a career that transcends language, geography and demographics, Daddy Yankee is one of the most popular and followed artists in the world today, with more than 60 million followers across social media and more than seven billion streams in the last 12 months alone on YouTube, where he is among the Top 20 Global Artists. He has additionally sold more than 17 million albums, charted 50 hit songs on Billboard charts and he is the only Latin Artist with four Spanish-language songs to reach the Top 20 of Billboard’s Hot 100.

Daddy Yankee remains one of the most recognized and influential names in urban music and Latin dance. He was named one of the most influential Hispanics in the world by both CNN and Time Magazine. He has sold over 17 million albums and over 60 million fans combined on his social networks. Daddy Yankee is considered the King of Reggaeton and one of the founders of the global movement. He continues to reign with the global success of “Despacito,” which was named the most streamed song and the most watched video of all time. In 2018, his single “Dura” was the Second Most Watched Video in 2018 and in 2019, “Con Calma” marked the number “Most Watched” video globally on YouTube. He was also named Billboard Magazine’s Top Latin Artist of 2017. Other global hits by Daddy Yankee are “Gasolina,” “Rompe,” “Limbo,” and most recently “Que Tire Pa’Lante.”