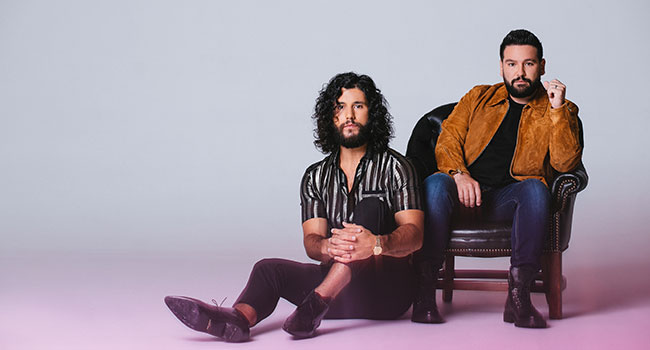 On the heels of announcing their first-ever headlining arena tour, global superstars Dan + Shay are seeing the biggest single debut of their career with the massive worldwide launch of “10,000 Hours” with Justin Bieber. Written by the duo’s Dan Smyers and Shay Mooney with Bieber alongside Jessie Jo Dillon, Jordan Reynolds and Jason “Poo Bear” Boyd, “10,000 Hours” is the most added new song at country radio and is poised to be their biggest first-week track consumption to date, already totaling 50 million streams globally since Friday’s release. The “sentimental and romantic” (E! News) track was also produced by Smyers and is ranked at No. 5 on Spotify’s Global Chart, reaching No. 2 on their U.S. Chart. The song can be found on 45 Spotify charts globally and 39 New Music Friday playlists worldwide, where it’s highlighted as the cover image in 11 territories. The track is No. 2 on Apple Music’s Global Chart and lands within their Top 100 in 64 territories across the globe. It has been the No. 1 song and video on iTunes since release and is the first country song to ever take the top spot on YouTube’s all-genre Video Hotlist, reaching No. 3 on their all-genre Trending Chart as well.

Due to immediate high demand, three dates have already been added to their Dan + Shay The (Arena) Tour which was just announced. After kicking off the tour March 6th in Nashville, TN, the duo will return for a second show at Music City’s Bridgestone Arena the following night (March 7th), followed by a new date in Columbus, OH, March 8th at Nationwide Arena. On October 8th, the tour will return to the New York City area after a September 25th date at Madison Square Garden with a show at the Prudential Center in Newark, NJ. The 35+ date tour is presented by AEG Presents and follows their sold-out Dan + Shay The Tour earlier this year, concluding October 31, 2020 at Tacoma Dome in Tacoma, WA. American Express Card Members can purchase tickets before the general public through Thursday, October 10th at 10 pm local time. Tickets go on sale to the general public starting this Friday, October 11th at 10 am local time with a limited number of VIP Packages available to purchase. All tickets and packages available via Dan + Shay’s website.

Among the most-nominated artists at this year’s CMA Awards, Dan + Shay are up for Duo of the Year, Album of the Year and Single of the Year for their 3x Platinum, four-week No. 1 hit “Speechless,” with Smyers receiving an additional nomination for Song of the Year as a co-writer alongside Nicolle Galyon and Jordan Reynolds on 4x Platinum, multi-week No. 1 “Tequila” for the second year. CMT also recently announced Dan + Shay as one of the top country superstars of 2019 to be celebrated at this year’s 10th Annual CMT Artists of the Year special, airing Wednesday, October 16th at 8 pm ET/PT.

In the seven years since they formed, they have spent ten weeks atop the country airplay charts and amassed more than three billion streams globally. They’ve accumulated 17 total RIAA Platinum and Gold certifications and six No. 1 singles at country radio. They took home their first-ever GRAMMY earlier this year and followed the honor by becoming the most-awarded artist at the ACM Awards before going on to earn CMT Music, Billboard Music and Teen Choice Awards, effectively sweeping the country categories.

Their latest release, Dan + Shay, has held strong in the Top 5 on the Billboard Top Country Albums chart all year, spawning three No. 1 singles including their most recent, “All To Myself.” Smyers is credited as a songwriter on nine of the 11 tracks on their self-titled album, also serving as co-producer with the highly decorated Scott Hendricks. Historically averaging over 30 million global streams per week, the duo will head to Australia this fall as part of superstar Shawn Mendes’ self-titled tour.