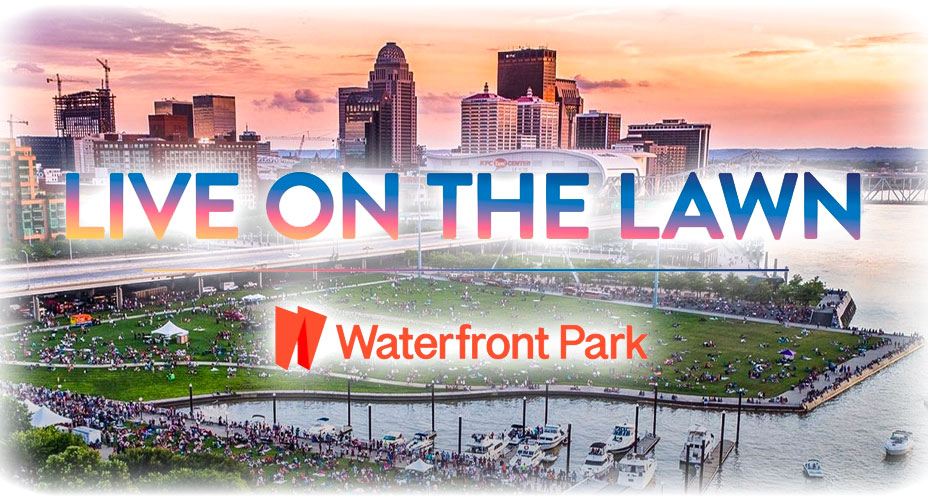 Leading independent festival promoter and producer Danny Wimmer Presents has announced that it will produce a months-long concert series on the Great Lawn At Waterfront Park beginning this May. Called Live On The Lawn At Waterfront Park, the series will consist of up to 15 live events, scheduled for the 2021 season beginning this spring. The events will feature some of the brightest names in various musical genres that will appeal to a wide range of audiences. More details will be announced soon about the individual shows.

“The arts are the soul of our city. And from all the festivals to our orchestra and to the amazing local performers that we’re known for across the world, music brings us together, soothes us through troubled times and helps us celebrate the good times. So I’m excited about this new concert series on our waterfront,” says Louisville Mayor Fischer. “DWP has always been a great partner, and I appreciate their continuing support and commitment.”

“While we’ve safely been hosting millions of people throughout the pandemic, this signals a turning point for the park in terms of a return to much-needed revenue generation,” adds Deborah Bilitski, President/Executive Director of Waterfront Park. “Event fees and donations keep the park well-maintained and free for everyone, so we really appreciate the energy DWP is putting into this wonderful concert series.”

Danny Wimmer Presents has had a strong relationship with the city of Louisville, starting with the long-standing rock festival Louder Than Life, returning for a sixth edition September 23-26, and in recent years, developing the Louisville Trifesta that presents additional consecutive festival weekends with Bourbon & Beyond and Hometown Rising. Together, these destination events have drawn considerable attention and tourism traffic to the city, which DWP hopes to expand on with the new Live On The Lawn At Waterfront Park series.

The concert series will not impact longstanding successful annual events that already take place at Waterfront Park, with DWP working around those existing events in the seasonal calendar to provide additional show dates in this unique location.

The scenic Waterfront Park along the Ohio River is adjacent to downtown Louisville, and in February was named the #6 Best Riverwalk in the country in USA Today’s 2021 “10 Best Readers’ Choice Awards.”

“DWP has worked very closely with the Waterfront Park team, Louisville city officials and Louisville Tourism to fulfill our joint mission of bringing even more outstanding live entertainment options to this incredibly vibrant and expanding city,” says Danny Wimmer, Founder of DWP. “Louisville has so much to be proud of and excited about for the future, and we’re thrilled to help play a small role in promoting a greater sense of community through live music with our new Live On The Lawn series.”

Live On The Lawn is thrilled to host the Bud Light Seltzer Main Stage as well as Heaven Hill Brands, Red Bull and Harley-Davidson of Louisville, as supporting partners in this inaugural year. “Partnerships continue to play a key role in the groundwork of DWP events and we could not be happier to have their participation as we launch this new venture with the city,” says Maureen Valker-Barlow, Executive Vice President Partnerships at Danny Wimmer Presents.

To comply with existing COVID-19 guidelines, and to keep fans, artists and staff safe and healthy, DWP plans to implement a limited capacity, socially distanced live performance setup for the new series. Current plans include a pod-style setup with each pod holding four to six people, based on purchase. All pods will be spaced appropriately on the site as well to maintain socially distancing while enjoying the shows, as long as the guidelines are in place. For most events, there will also be several small areas for Standing Room Only with very limited capacities. As local and state authorities potentially loosen restrictions on social distancing as the year progresses, DWP also has the flexibility to reconfigure the site to accommodate more traditional viewing options.

Danny Wimmer Presents has built a strong reputation in the live entertainment industry for being one of the most innovative festival creators, developers and producers in the country. With multiple successful annual festivals to their name, DWP is one of the most trusted names in the market. In 2021, the company announced its expansion into several new related lines of business including an artist streaming platform, promoting national tours and exclusive venue operations and development. With this Louisville partnership, Waterfront Park becomes one of several new locations that DWP will begin focusing its attention on; more details will be revealed soon about the additional venues.