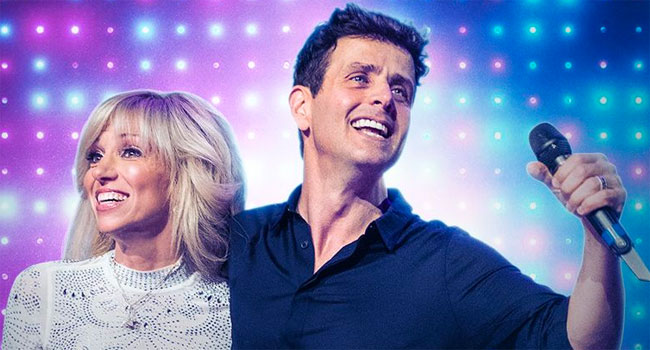 Iconic pop artists Debbie Gibson and Joey McIntyre are teaming up to bring “Debbie Gibson & Joey McIntyre Live from Las Vegas” to The Sands Showroom inside The Venetian Resort Las Vegas for a three-show limited engagement. The original pop princess and member of the multi-platinum selling pop super-group New Kids On The Block will join forces for three unforgettable nights, performing their top smash hits and legendary catalogues August 26-28th at 7:30 pm.

To celebrate, Gibson and McIntyre will be releasing a new studio version remake of “Lost in Your Eyes, the duet” on June 4th. The pair famously performed the track live on tour when they hit the road for 2019’s The Mixtape Tour. Fans can expect to see the song once again live in action when the two stars take to the stage this summer.

Grazie Rewards club members and Live Nation customers will receive access to a pre-sale beginning Wednesday, May 12th at 10 am PT. All pre-sales will end Thursday, May 13th at 10 pm PT.

“It was Joey’s idea to duet together on The Mixtape Tour which led us here to these live shows which I couldn’t be more thrilled about!” Gibson shares. “Joey and I share a love of igniting a crowd with a blend of classic entertainment and modern-day sounds. We both come from teen stardom and Broadway and have endured through all the pop culture trends which gives us incredible professional chemistry. As a decade long resident of Las Vegas, I am so excited to do my first ever limited engagement with Joey McIntyre at such an incredible venue!”

“I am so excited to perform on a live stage again. And to do it in Vegas with someone who I admire and share so much history with is the perfect way to get back to doing what we love!” adds McIntyre.

Debbie Gibson burst onto the music scene at 16 and instantly became the youngest artist in history to write, produce and perform a No. 1 hit, “Foolish Beat.” She is still the youngest female and has held the world record for over three decades. Gibson has sold more than 16 million albums and has starred in 17 musicals in 17 years, from Broadway’s Les Miserables to the West End’s Grease!

In 2019, Gibson launched her SiriusXM radio show, Debbie Gibson’s Mixtape, on The Blend and joined NKOTB on The Mixtape Arena Tour. Later that year, she also served as a celebrity judge on Nickelodeon’s America’s Most Musical Family.

In 2020, her single “Girls Night Out” soared to No. 4 on the U.S. Billboard and U.K. MusicWeek charts. While Gibson has starred in movies for UPtv and SyFy/Asylum as well as starring in and executive producing two hit movies for the Hallmark Channel, this summer, she will film The Class with Anthony Michael Hall and Charlie Gillespie. Her guest starring role in the musical episode of Lucifer debuts on Netflix on May 28th. In addition to Gibson’s new duet of “Lost in Your Eyes” featuring Joey McIntyre, her first pop album in 20 years will be released this summer.

Best known as the youngest member of New Kids On The Block, Joey McIntyre has also enjoyed success as a solo artist, starting with his debut album Stay the Same, which was certified Gold and also delivered a top ten single, penned by Joey himself. He has worked extensively as an actor in film and television and has a long history in the theatre, including his Broadway debut in Wicked, and most recently in Broadway’s Waitress. Through it all, McIntyre has bore a passion to write and record music. Since their reunion in 2008, NKOTB have released three top ten albums on the Billboard 200. On those albums, McIntyre has co-written more than half a dozen songs including “Still Sounds Good” and the Blockhead anthem “Block Party.”

Writing for NKOTB has kept him busy in the studio, and now for the first time in a decade, McIntyre will release his first solo work with the single “Own This Town” produced by long-time collaborator and friend Emanuel Kiriakou (Selena Gomez, MKTO, Jason Derulo) and written by McIntyre, Kiriakou and prolific songwriter Lindy Robbins (David Guetta, Demi Lovato, Jason Derulo).

‘Whitney Houston – I Wish You Love: More From The Bodyguard’ detailed 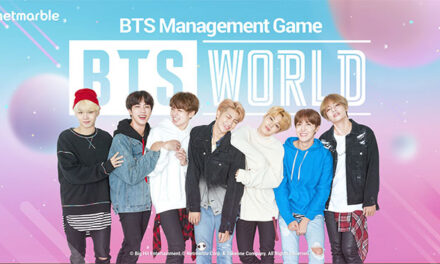