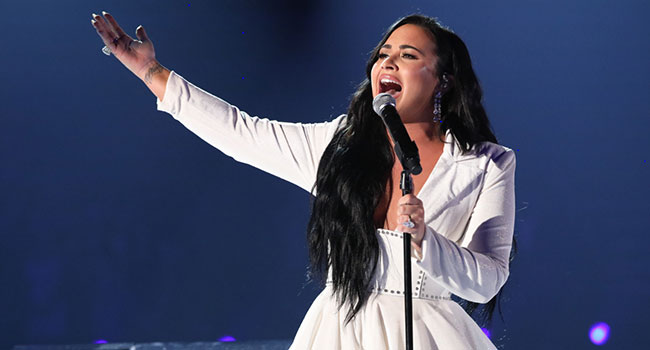 “Anyone” is available now

Sunday night (Jan 26th), multi-platinum singer/songwriter Demi Lovato debuted her powerful new song “Anyone” during a stripped-down performance at the GRAMMY Awards that had the crowd captivated until the final piano key. The track is now available to stream and purchase at all major retailers via Island Records.

The release of the song comes a week before Lovato’s appearance at Super Bowl LIV on February 2nd where she will kickoff the game with the National Anthem. The Grammy-nominated singer, songwriter, actress, advocate, philanthropist, and business woman will join a prestigious line up of past National Anthem performers including Gladys Knight, Lady Gaga, Beyoncé, Whitney Houston, and more.

Lovato returned to music following her 2018 near-death drug overdose. She’s been largely absent to the public eye since the incident, but is back with new music. Lovato is a passionate global advocate for mental health, named by Global Citizen as the organization’s official ambassador in 2017. She was also honored by the Semel Institute for Neuroscience and Human Behavior at UCLA, with the Artistic Award for Courage, and is a New York Times Best-Selling author.