Online database is all encompassing of physical media

November 1, 2000, a site called Discogs launched to 37 users, cataloging techno and drum ’n’ bass vinyl. With the resurgence of vinyl, Discogs has steadily ballooned to over seven million users and has cemented itself as the ubiquitous brand for buying, selling, sharing, and discovering physical music online. It connects users around the world and continues its mission of reaching the music fan in everyone.

“It’s incredible how far we’ve come. Discogs now has 13 million releases, seven million artists, and almost 60 million things for sale from 150,000 sellers,” reflects Kevin Lewandowski, Discogs CEO and Founder. “And it’s the go-to resource for people that really care about music. That wouldn’t have happened without the 545,000+ people who have submitted information to Discogs’ database. Thank you to our entire Community!”

In five years, the user-built Database of music went from 6.3 million recordings and four million artists to over 13,211,000 releases and 7,195,000 artists – a 109% and 79% increase, respectively – solidifying Discogs as the largest physical music database in the world. In addition, Discogs Marketplace has connected buyers and sellers across the globe. In 2015, there were 10 million items available and thousands of sellers. In 2020, over 58 million items are currently listed through the site, making Discogs the premier spot for new releases to hard to find gems.

“It’s been wild to watch Discogs grow and get ever more popular, year after year,” adds Nik Kinloch, Discogs Chief Data Officer. “I feel truly honored to serve such an amazing community of collectors and music fans, with everyone working together to build and maintain the Database for the benefit of all.”

Discogs Mid-Year Report stated 5,814,855 records were sold through the marketplace during the first six months of 2020. As of November 1st, 9,898,415 vinyl records have been sold around the world via Discogs, a 70% increase since June.

Discogs is the world’s foremost Database, Marketplace, and Community for music. The user-built Database boasts a catalog of more than 11.7 million releases and 6.1 million artists making it the most extensive physical music Database in the world. By connecting Buyers and Sellers across the globe, and with more than 50 million items available, the Discogs Marketplace is the leading destination for both new releases and elusive rarities. Join more than seven million active Community members: Download the Discogs App for iOS and Android. 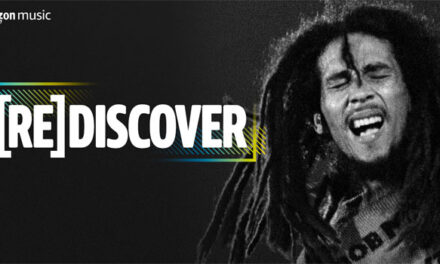 Big Machine Label Group reportedly for sale for over $200 million