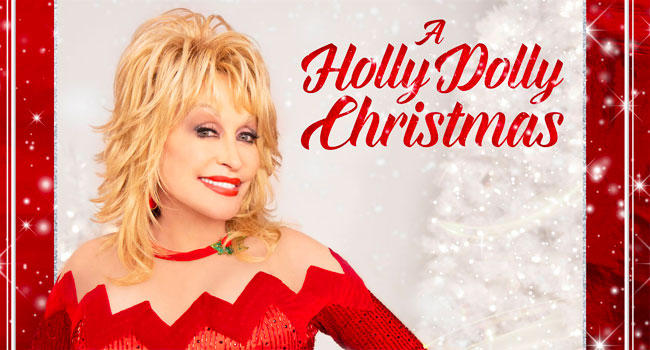 Dolly Parton is shepherding in the holiday season as she releases the second track from her upcoming A Holly Dolly Christmas album, available everywhere on October 2nd. For her latest release, Parton is taking on one of her childhood favorites, “I Saw Mommy Kissing Santa Claus,” as only she can.

“I have always loved ‘I Saw Mommy Kissing Santa Claus’ because it’s a song I heard growing up,” says Parton. “I wanted to do something for the kids and I think it’s a real cute little song. I have a child-like spirit and I love everything about Christmas!”

The song follows Parton’s first release from her holiday album, “Mary Did You Know?,” which joins an impressive series of faith-based music Parton has released throughout her career, including her recent Christian chart-topper with Zach Williams, “There Was Jesus.”

Parton collaborated with some of her dearest friends on the 12 track collection including Miley Cyrus, Jimmy Fallon, Billy Ray Cyrus, Michael Buble, Willie Nelson, and a special duet with her brother, Randy Parton.

Recently, Parton also announced her partnership with Chronicle Books to release Dolly Parton, Songteller: My Life in Lyrics. The visual memoir and annotated songbook will give an intimate look at Parton’s enduring career as a songwriter, musician, and Country legend. Fans will have access to the stories behind the lyrics in Parton’s own words with never-before-seen photographs and memorabilia, bringing them closer to her work than ever before. The Recorded Books audiobook form and CD of Dolly Parton, Songteller: My Life in Lyrics will be available on November 17th.