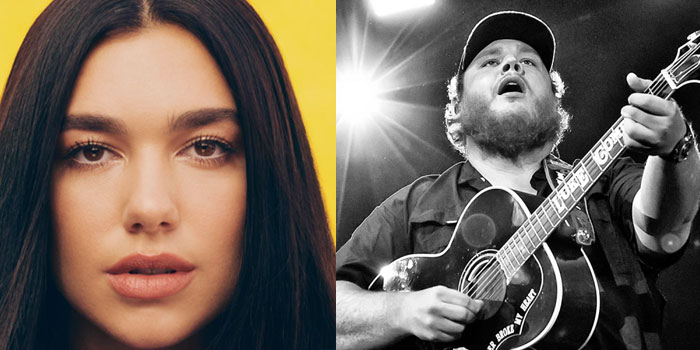 Dua Lipa and Luke Combs are among the artists on TIME Magazine’s 2021 TIME100 Next list. The list was unveiled on Wednesday (Feb 17th) and highlights 100 emerging leaders across the board who are shaping the future of the world.

“Everyone on this list is poised to make history,” says TIME100 editorial director Dan Macsai. “And in fact, many already have.”

“Dua Lipa is a shining star, blazing a dazzling trail through the pop cosmos. Just under four years ago, she released the first of her two albums,” Minogue shares. “Today, she is dancing hand in hand with the zeitgeist, having carved with laser-like precision her place in the cultural landscape. I entered Dua’s orbit last November when I appeared as a guest on her Studio 2054 streamed concert. The production was spectacular and inclusive, somehow both future and retro, with her instantly recognizable voice stamped all over clever songwriting. While I know what it’s like to be in the eye of the storm, on this occasion, I was able to see the wider view from the periphery. Her famous work ethic radiated throughout the production. “You have to work hard to make a bit of luck,” her father told her when she was younger. It seems she listened. Her achievements are all the more remarkable given that she is 25 years of age. She’s kind, cool and smart. She’s a bona fide pop behemoth. And I, like millions of others, look forward to more, and even more, from La Lipa.”

“In this age of self-promotion, Luke Combs is letting everybody else do the talking for him. That’s big in country music, which is all about sincerity and humility. And—despite his achievements, including winning Best Album at the 2020 Country Music Awards—Luke has both of those in spades. He realizes that being a star is not up to him: the people will confirm it,” Brooks writes.

“Everything Luke tries—from Brooks & Dunn to classic country, neoclassic country and today’s country—he sounds very much at home. He’s a singer who you can tell is really comfortable.

“If I could pull him over and tell him one thing, it would be to just keep doing what he’s doing. Just follow that music. What resonates with him will resonate with the audience, with me, with everybody who’s listening.”

Other artists on the list include Anitta, Lil Baby and Chloe x Halle. The full TIME100 Next list also includes doctors and scientists fighting COVID-19, advocates pushing for equality and justice, and journalists standing up for truth.