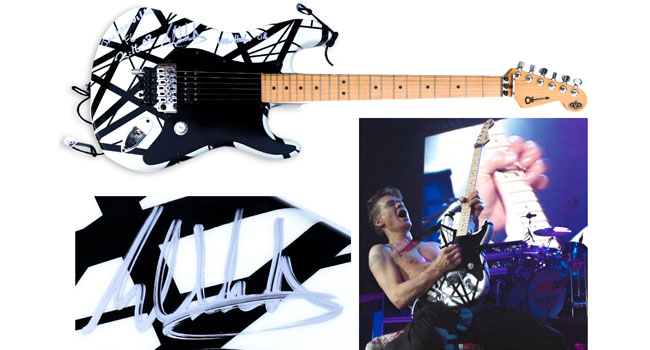 The auction may lead some to question its legitimacy following a lot of three guitars Julien’s Auctions recently sold for a combined $422k that Van Halen’s son, Wolfgang, highly criticized. Those guitars were also described as having been played, used and designed by Van Halen and were labeled “iconic” by the auction house.

However, Wolfgang accused the auction house of “taking advantage of the situation and selling anything that had to do with my father,” after seeing the listing. He says the guitars were not the iconic Frankenstein or Shark and he had nothing to do with the auction, and one was a gift.