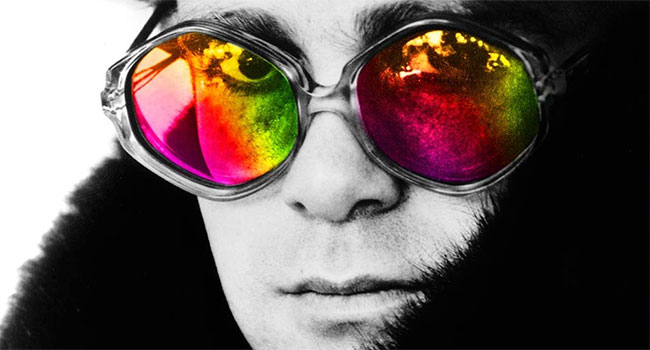 The Purple Disco Machine remix of Elton John and Taron Egerton’s “(I’m Gonna) Love Me Again” has been unveiled and is available now at all digital retailers.

An Academy Awards shortlisted, Golden Globe and Critics’ Choice Award nominated song, the original version of the track was written especially for the Rocketman soundtrack by Elton John and Bernie Taupin, and performed by Elton and Taron Egerton. The original version is featured on the GRAMMY nominated Top 5 album Rocketman: Music From The Motion Picture and played out over the movie’s closing credits. With his remix, Purple Disco Machine gracefully transforms “(I’m Gonna) Love Me Again” into a joyous, slinky disco groove, keeping Elton and Taron’s show-stopping vocals and the track’s Motown inspired soul at its core.

Epic musical fantasy Rocketman was greeted by a wealth of critical and commercial success upon its release in May and shows no sign of slowing down as it heads into awards season. Having already taken more than $195 million in global box office, it has been shortlisted for two Academy Awards for Makeup and Hairstyling, and Music (Original Song). Rocketman has also been nominated for three Golden Globe Awards for Best Motion Picture (Musical or Comedy), Best Original Song and Best Performance by an Actor in a Motion Picture (Musical or Comedy). It has also garnered nominations for three Critics’ Choice Awards and its soundtrack has also been nominated for a GRAMMY Award for Best Compilation Soundtrack For Visual Media.

“Bernie and I wanted to celebrate the nominations for ‘I’m Gonna Love Me Again’,” John shares. “I’m so happy that Purple Disco Machine was able to come to the party with a fabulous new remix. I’m a massive fan of his work.”

The release caps off a year which has been truly astonishing in its breadth of achievements, even by Elton John’s standards. Alongside Rocketman’s ongoing success, 2019 has seen the release of John’s first autobiography Me. It has already amassed global sales in excess of 700,000 copies to date, topping bestseller charts around the world in the process and garnering widespread acclaim with critics heralding it as a genre-defining rock memoir.

Reaching the top 5 of the UK Charts, the GRAMMY nominated album Rocketman: Music From The Motion Picture saw producer Giles Martin re-imagine John’s unparalleled back catalogue to fit Rocketman’s narrative, working with the filmmakers on the production and pulling a vocal masterclass from Egerton in the studio.

September 2019 saw The Royal Mail issue a set of 12 stamps as a tribute to John being one of the most popular and enduring music artists of all time. John is one of only two individual music artists to be featured in a dedicated stamp issue. In June 2019 President Emmanuel Macron presented John the Légion d’honneur, France’s highest award, for his lifetime contribution to the arts and the fight against HIV/AIDS.