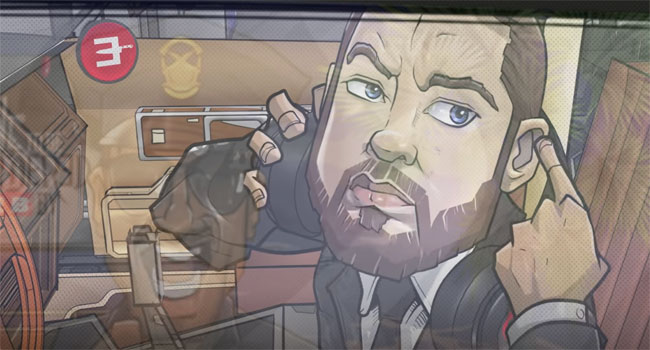 Eminem is clapping back at Gen Z’s cancel culture craze with an animated lyric video for “Tone Deaf.” The rapper released the track on Friday (March 5th) in response to TikTok users who have campaigned in recent weeks to have him canceled after discovering the nature of his lyrics.

“I won’t stop even when my hair turns grey (I’m tone-deaf) / ‘Cause they won’t stop until they cancel me,” Em tweeted along with the a snippet of the video.

Users are arguing the rapper glorifies abuse in his 2010 hit “Love The Way You Lie” with Rihanna, because of the line, “If she ever tries to fucking leave again, I’m a tie her to the bed and set this house on fire.”

The rapper presents the five minute video with Grand Theft Auto-style graphics and lyrics he refuses to amend for the sensitive crowd.

The track is the latest from Music To Be Murdered By – Side B, which was released in December 2020. The 16 track album also includes “Zeus,” in which Eminem offers an apology to Rihanna over a Chris Brown lyric that leaked in 2019 in which he “sided” with Brown, who pled guilty to felony assault on Rihanna.

Released on January 17th, the original 20 track version of Music to Be Murdered By debuted at No. 1 on the Billboard 200 and later received gold certification from the RIAA. Music to Be Murdered By – Side B arrived on December 18th, quickly earning 94,000 equivalent album units — a staggering 1,125 percent increase in sales from the previous week, shattering a 50-year-old record for biggest leap on the Billboard 200 chart from No. 3 spot from No. 199.