Mega rapper Eminem’s song publisher is suing Facebook for copyright infringement.  The Detroit Free Press reports that Eight Mile Style contends that a Facebook ad that was broadcast online April 4th copied music from Eminem’s 2000 album Under the Influence.  A 12 page complaint was filed on Monday (May 20th) in Detroit federal court.

During the 30 second “Airplane” ad some viewers noticed the similarity between the ad’s music and Eminem’s song.  The ad featured Facebook founder Mark Zuckerberg announcing Facebook Home, an interface for Android phones.  The lawsuit claims Eminem’s music was used “in an effort to curry favor with Facebook by catering to Zuckerberg’s personal likes and interests, and/or to invoke the same irreverent theme” of Eminem’s song.

The same report claims a version of the commercial was released a few days later to YouTube and TV with new music, therefore, claiming the alteration “was an admission that Facebook knew it had infringed” on the rapper’s song.

The ad agency has “taken steps to ensure that the earlier version of (the Facebook ad) is no longer publicly available.”

Eight Mile Style oversees the rights and licensing to Eminem’s entire song catalog.  The company directly complained to ad agency Wieden+Kennedy of Portland, OR, about the use of the song in April.  The Detroit Free Press obtained a response by the agency arguing that “Eight Mile Style had no grounds to assert copyright, saying the Eminem song passage had itself been copied from Michael Jackson’s 1991 song ‘Give In to Me.'”

The same letter contests that the writing and production of Under The Influence involved Dr. Dre, who has frequently collaborated with Eminem, who “has a long, well-documented history of copyright infringement.”  The album was actually co-written by Em’s D12 band and produced by the Bass Brothers.

The letter also states that the music in the original ad “simply is not substantially similar” to Eminem’s song, and that the ad agency has “taken steps to ensure that the earlier version of (the Facebook ad) is no longer publicly available.”

VMA recap: Too hot for even MTV 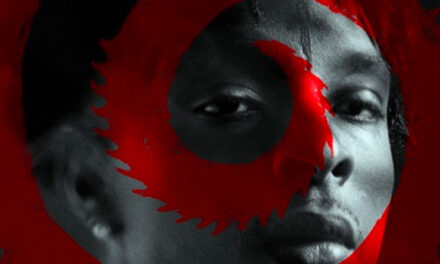