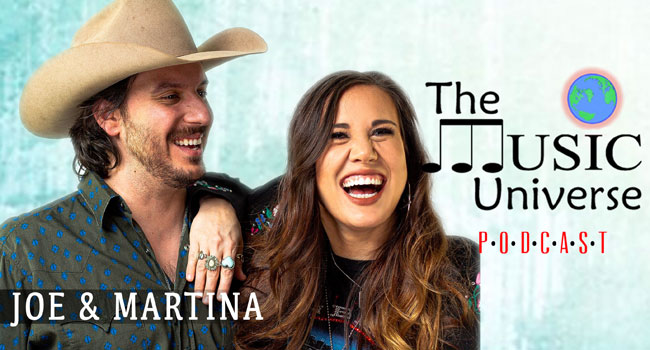 Independent new country duo, Joe and Martina, have taken the world by storm with their debut single “Give Me Back The 90’s” that features GRAMMY Award-winning 90’s country star John Berry. The single debuted on Music Row Country Breakout Chart at No. 70 and has climbed to No. 53, and currently sits at 51 on Billboard’s Country Indicator Chart, a huge feat for an indie act.

The husband and wife act are currently working with producer Johnny Garcia (touring guitarist for Trisha Yearwood and formerly with Garth Brooks) for their debut album. The duo chat with Buddy Iahn & Matt Bailey about the fiery new track, working with both Berry and Garcia, and more during the quarantine life.