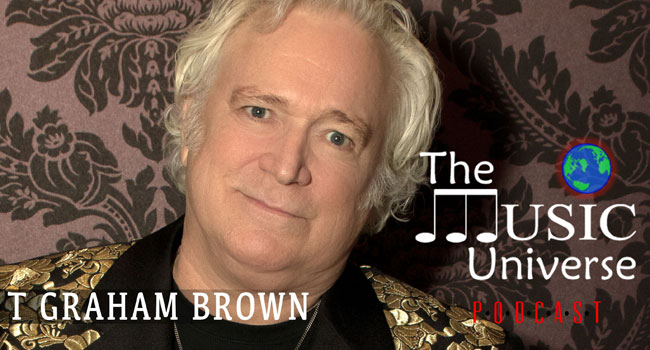 Brown is a country music historian

It was during country music’s rise in the 80’s when T Graham Brown came onto the scene. Brown has recorded 15 studio albums and charted more than 20 singles on the Billboard charts which started with the sad and soulful “Drowning In Memories” which was a Top 40 single that helped him to establish himself. By the winter of 1986, he had warmed up to audiences with the bluesy hit “I Tell It Like It Used To Be.” Other hits quickly followed, with his first self-penned release “Hell And High Water,” which became his first No. 1 song. “I Wish That I Could Hurt That Way Again” and “Don’t Go To Strangers” were the next releases, which all became chart-toppers.

Brown has become one of the most recognizable voices on TV from singing in advertising campaigns for McDonald’s, Disneyland, Almond Joy, Coca Cola, Dodge Truck, Ford, Hardee’s and many others including the Taco Bell “Run For The Border” television spots.

Brown currently hosts Live Wire on SiriusXM Prime Country where he picks his favorite live tracks from some of his favorite artists and friends, including himself.

During the quarantine, Brown conducted a country music history lesson with Buddy Iahn & Matt Bailey as he reflects on the stories that have made his career and beyond. Brown also chats about the passing of his good friend Joe Diffie, who died from COVID-19 shortly before this interview.

The interview could be dubbed part one as there are more stories to tell beyond this episode with T Graham Brown.