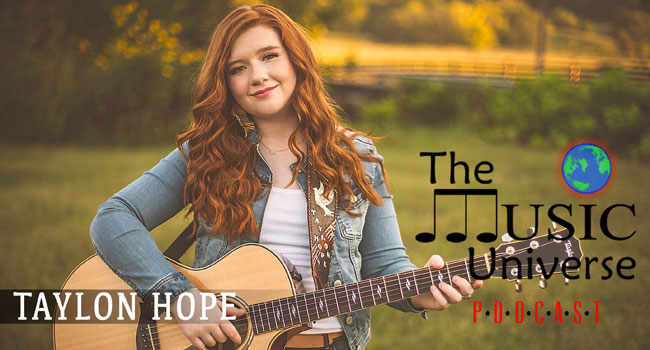 Taylon Hope is a singer, songwriter, musician from West Jefferson, NC, located in the beautiful Blue Ridge Mountains and now makes her home in Music City, Nashville, TN. She began singing at four years old. With musical influences such as Dolly Parton, Vince Gill, Carrie Underwood, Martina McBride, and others, she sought after the big city lights of Nashville to make a career in country music. The 15 year old flamed hair singer/songwriter mixes traditional roots with her playful, light-hearted personality to create a rare and compelling sound.

During the quarantine, Hope chatted with Buddy Iahn & Matt Bailey about her career, influences and sharing the stage with her biggest influence, Dolly Parton, on the world famous Ryman stage.