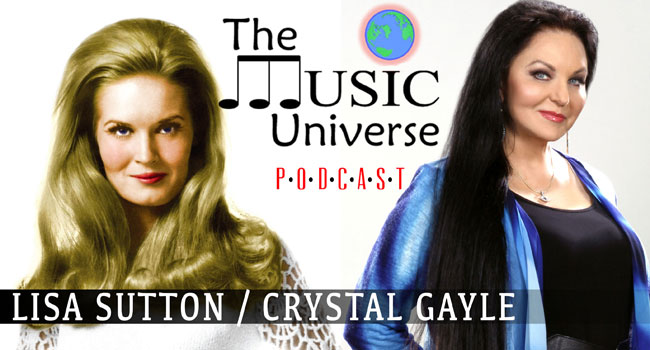 Lynn Anderson and Crystal Gayle are two of country’s top female artists. Anderson charted 12 No. 1 singles and a total of 18 Top 10 hits, with more than 50 Top 40 hit singles total, during her six decade career. Gayle has achieved 35 Top 10 country hits to date with 13 becoming sizable pop and/or adult contemporary crossover hits since releasing her first single in 1970.

Anderson passed away on July 30, 2015, of a heart attack while battling pneumonia at Vanderbilt University Medical Center. Her daughter, Lisa Sutton, has taken on the responsibility of her mother’s legacy and has released a 50th anniversary edition of Anderson’s seminal album Rose Garden on limited edition color vinyl.

In September 2019, Gayle released her first album in 16 years, You Don’t Know Me which includes the first ever recording with sister, the legendary Loretta Lynn. In 2017, Gayle was inducted into the Grand Ole Opry by Lynn.

During the quarantine, we chatted with Sutton about her mom’s legacy the day she picked up the special vinyl records. We also chatted with Gayle about her legendary career and how it feels to be an Opry member. We are featuring both ladies together in this special double episode called “Girl Power.”

DISCLAIMER: We are aware of some of the timeline inaccuracies misspoken during this episode. This information was spoken based on the crossover popularity of Gayle’s “Don’t It Make My Brown Eyes Blue.”