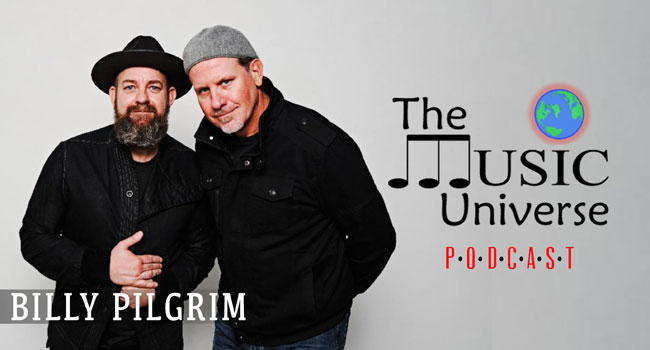 Bush and Hyra chat from a Nashville studio

Two decades ago, Kristian Bush (Sugarland, Dark Water) and Andrew Hyra shared some moderate success as Billy Pilgrim with songs featured in Melrose Place, My So-Called Life, and many more. They had recorded a third album that was thought to be lost after the master tapes burned in a fire at the studio near Decatur, GA. Fortunately, one copy remained and nearly 500 CDs were pressed and sold at their final concert together in Atlanta in 2001. Both artists went their separate ways, and didn’t speak for 15 years, but never officially disbanded either.

Fast forward to 2020 and a worldwide pandemic where Bush had more time on his hands. It’s when he discovered a lone copy of In The Time Machine, after cleaning out his home. The album was released on September 4th and Bush and Hyra spoke with us from a Nashville studio — you’ll have to listen to hear why they’re in the studio. We not only talk about the album, but we also discuss Sugarland’s new music and upcoming tour plans.