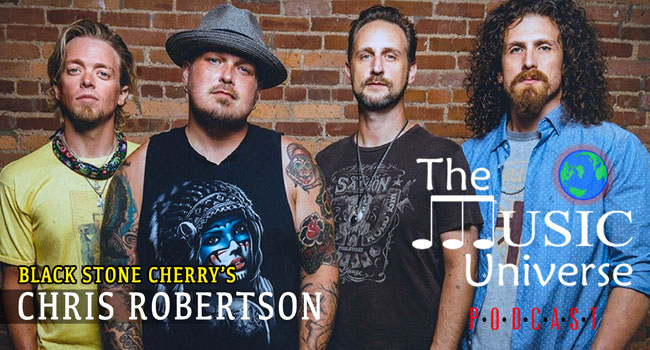 Black Stone Cherry releases its seventh studio album, The Human Condition, on October 30th via Mascot Records. The four members were nestled deep in the woods of Kentucky, scrambling to complete the project, when the COVID-19 pandemic hit. There, they could feel the disease closing in as they watched the news daily, and it became apparent the album they were finishing featured lyrics that were eerily prescient. The resulting 13-track record is broadly emotive, and anthemic. It was finished just before the global lockdown was imposed.

We celebrate the album’s release with a 20 minute chat with frontman Chris Robertson who talks about how the band made it through the sessions, what it’s been like being off the road for more than eight months, and what’s ahead for the southern rockers. Robertson also discusses the recording process and the importance of mental health.