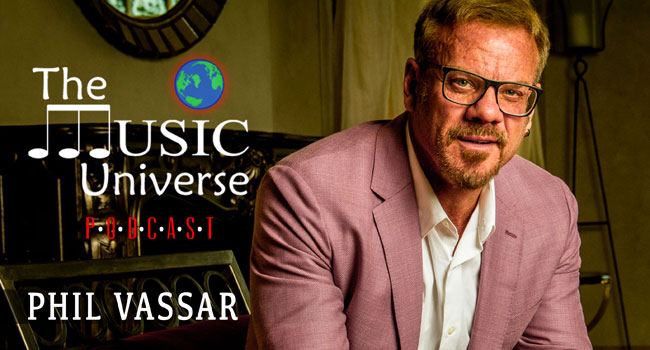 Phil Vassar is one of country music’s most prominent singer/songwriters and was racking up hits on the radio before he began his own recording career. Vassar’s reign of signature songs include 10 No. 1 singles and 26 Top 40 hits, including “Carlene,” “Just Another Day in Paradise,” “Six-Pack Summer,” “When I Love You,” and many more. Vassar’s songwriting career blossomed in the mid-’90s when he landed a publishing contract with EMI and penned hits for Collin Raye (“Little Red Rodeo”), Alan Jackson (“Right on the Money”), Tim McGraw (“For a Little While”), Jo Dee Messina (“Bye Bye,” “Alright”), and Blackhawk (“Postmarked Birmingham”).

Since he can’t tour due to the ongoing pandemic, the award-winning singer/songwriter created a virtual series that will make fans feel like they’re hanging out at a retro piano bar, much like the venues where Vassar got his start. The livestream series airs every other Tuesday at 8 pm ET and features Vassar covering well-known songs by Billy Joel, Elton John, James Taylor, Jackson Brown, and Kenny Rogers, as well as requests from fans via social media.

This year marks 20 years since “Just Another Day In Paradise” hit the top of the charts, marking his first-ever No. 1 as a recording artist. Earlier this year, he released his long-awaited tenth studio album, Stripped Down, featuring songs he’s written but never recorded in the past 20 years, and new music, including a duet with his daughter Haley.

The interview was conducted by Buddy Iahn the same day Vassar was nominated for the 2020 Nashville Songwriters Hall of Fame. Vassar and I discuss the honor of being nominated — although it wasn’t until early November that others were chosen for this induction this year — his career, both livestream and TV series’ and his daughter’s foray into the music industry.