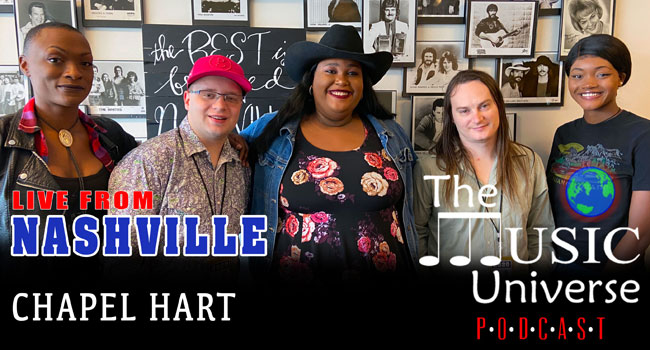 Our Live From Nashville series continues with New Orleans-based female trio Chapel Hart. Consisting of Grammy-nominated Danica Hart, her cousin Trea and sister Devynn, the ladies of Chapel Hart have been singing together since they were toddlers in their hometown of Poplarville, MI and their musical chemistry clearly shows.

The three singers recently teamed with ZZ Top’s Billy Gibbons for their debut single, “Jesus & Alochol.” The three met with us while in Nashville to chat about the collaboration and give us an exclusive performance of a new track they wrote, which is an homage to Dolly Parton’s “Jolene.”

The performance video is on our socials, so be sure to follow us for more exclusives!