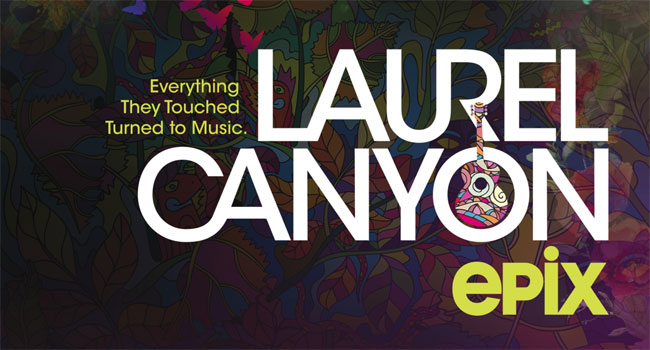 Premium network EPIX has announced that its two-part doc series Laurel Canyon will premiere Sunday, May 31st at 9 pm ET and conclude the following Sunday, June 7th at 9 pm ET. History of the Eagles by Alison Ellwood is at the helm of the series that features an intimate portrait of the artists who created a music revolution through a wealth of rare and newly unearthed footage and audio recordings.

Featuring all-new, original interviews with Jackson Browne, Don Henley, Michelle Phillips, Graham Nash, Linda Ronstadt, Bonnie Raitt, Roger McGuinn and more, the uniquely immersive and experiential docu-series takes us back in time to a place where a rustic canyon in the heart of Los Angeles became a musical petri dish.