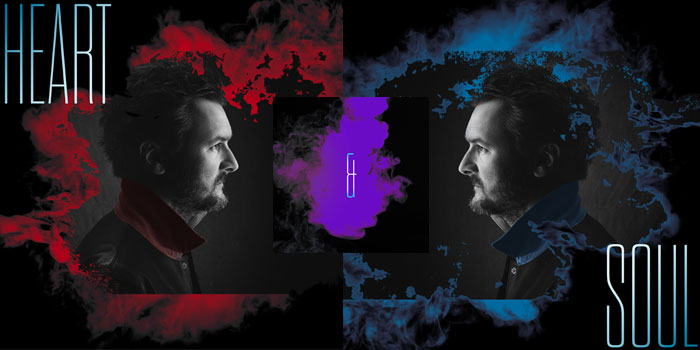 All three from Heart & Soul triple project remain in Top 10

As critical acclaim for Eric Church’s new triple album Heart & Soul continues to roll in, the 10-time GRAMMY nominee is also making waves atop the Billboard charts. Not only does the reigning CMA Entertainer of the Year replace himself atop the all-genre Top Album Sales chart, as Soul takes over the No. 1 spot following Heart’s chart-topping debut last week, he also continues to occupy three of the Top 10 spots with the expansive project: Heart at No. 9, the fan-club exclusive & at No. 3 and Soul at No. 1.

In addition, Church sits atop the all-genre Billboard Artist 100 chart while also becoming the first country artist to simultaneously occupy the top two spots on the Billboard Vinyl Albums chart since its inception in 2011, with Soul and & at No. 1 and 2 respectively. Meanwhile at radio, his current single “Hell Of A View” off the Soul album also enters the Top 5 on the Mediabase chart.

The Heart was released on April 16th, & on April 20th and Soul on April 23rd, respectively. The albums were born from a month-long session during which he wrote and recorded a song from start to finish each day in an effort push the limits of creativity.

Church also plans to take that energy to the road this fall for his appropriately titled The Gather Again Tour. As part of what Billboard described as “Church’s crusade to get fans vaccinated – and bring concerts back,” he has planned a 55-city run of full-capacity arena dates through the U.S. and Canada, kicking off this September in Lexington, KY and wrapping in May 2022 at New York City’s iconic Madison Square Garden. Church Choir pre-sales begin tomorrow, May 4th, with tickets on sale to the general public beginning this Friday, May 7th.