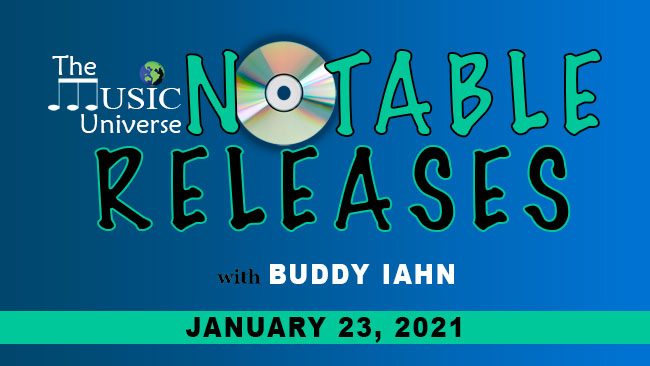 A lot of great titles are coming soon

We start with some big news from Eric Church who just announced three new albums are dropping within a week in mid April. The three albums together will be Heart & Soul and will feature 24 songs that stem from his 28 day seclusion in the North Carolina mountains last winter before the pandemic began. The first album is called Heart and is due April 16th. & drops April 20th exclusively to Church Choir fan club members on vinyl only with Soul wrapping it up on April 23rd. Church Choir members will have access to exclusive white vinyl versions of all three albums with pre-orders beginning January 28th with the public to follow on January 29th. Heart/Soul will be available everywhere on their respective release dates.

Pearl Jam is unleashing its massive catalog of “bootleg” live albums digitally for the first time ever. On April 30th, the grunge rockers will issue 186 live shows spanning 2000-2014, including their 2008 Bonnaroo debut set and 2014 Live at Leeds performance. Most of these performances were released as separate 2 CD sets in cardboard sleeves after each leg of their respective tours with 25 European shows dropping first. Each show contains rarities, outtakes and covers not often performed.

This spring, Carrie Underwood will follow the extraordinary success of her recent Christmas album, My Gift, with a spiritual companion album of gospel hymns, titled My Savior. The new album will be released on CD and digitally on March 26th, just prior to the Easter holiday, and on 2 LP white vinyl April 30th. My Savior is co-produced by Underwood and GRAMMY Award winner David Garcia, with whom she co-produced her 2018 album Cry Pretty, her seventh album to be certified platinum or multi-platinum by the RIAA.

KISS co-founder and frontman Paul Stanley has announced that his band Soul Station will release Now and Then on CD and 2 LP on March 5th via UMe. The 15-piece ensemble gathers some of today’s leading musicians to pay tribute to the greatest artists and songs from the R&B and soul catalog to keep this vital music current. The first single is available now.

Kings of Leon will issue their highly anticipated eighth studio album When You See Yourself on CD and 2 LP on March 5th via RCA Records. Recorded at Nashville’s famed Blackbird Studios and produced by Grammy Award-winning Markus Dravs, the album propels Kings of Leon into 2021 with a modern evolution of their sound. To celebrate, the band has launched a new merch line with includes a limited edition run of the “Hero T-Shirt” with 100% of the proceeds benefiting Live Nation’s Crew Nation relief fund for live music crews.

Bruce Springsteen has teamed with nugs.net to release eight of of the finest performances from his 1978 tour in a limited, collectible box set called Darkness on the Edge of Town Tour available on February 1st. The 24 factory-pressed CD set contains all five of the legendary radio broadcasts on the Darkness Tour: The Roxy in L.A., The Agora in Cleveland, The Capitol Theatre in Passaic, NJ, Fox Theatre in Atlanta and Winterland in San Francisco. Rounding out the collection are the second shows in Passaic and San Francisco, plus the December 8th show in Houston, Texas. The CDs are sold out, but digital configurations will also be available.

The Dead Daisies, Josh Groban, Scott Pilgrim vs. the World Deluxe vinyl set, The Black Crowes, Bob Dylan and others are also prepping new, deluxe or remastered albums set for the first part of the year.