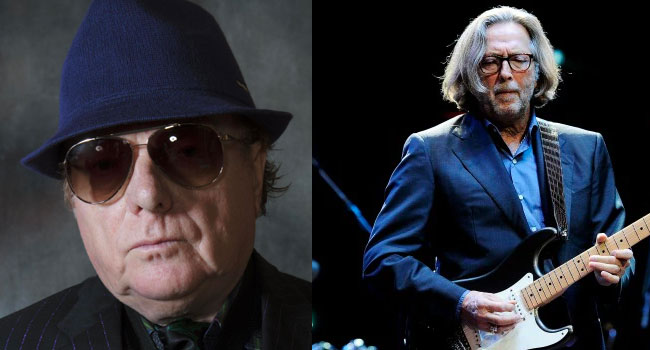 “Stand and Deliver” will be released Dec 4th

Eric Clapton and Van Morrison have announced a new single, “Stand and Deliver,” scorning the COVID-19 lockdown orders. The blues song was written by Morrison and performed by Clapton. It will be available for download and streaming from iTunes, Amazon Music, Deezer and other outlets on December 4th.

“There are many of us who support Van and his endeavors to save live music; he is an inspiration,” Clapton tells Variety. “We must stand up and be counted because we need to find a way out of this mess. The alternative is not worth thinking about. Live music might never recover.”

“Eric’s recording is fantastic and will clearly resonate with the many who share our frustrations,” adds Morrison. “It is heart-breaking to see so many talented musicians lack any meaningful support from the government, but we want to reassure them that we are working hard every day to lobby for the return of live music, and to save our industry.”

The track is being released in support of Morrison’s Lockdown Financial Hardship Fund, which assists musicians facing financial difficulties as a result of the global pandemic and related lockdown measures, and is part of the singer’s Save Live Music Campaign.

The two music legends performed together last on March 3rd at the Music for Marsden charity concert at London’s O2 Arena, shortly before the live music industry was shuttered by the pandemic.

This is the fourth song Morrison has written and released about the lockdown in three months. He issued three songs protesting the U.K. lockdown in September and October, titled “Born To Be Free,” “As I Walked Out” and “No More Lockdown,” and has publicly criticized lawmakers who impose them as “facists” and “bullies.”

The pair have taken heat for the track on social media. Many calling the rockers out for not understanding why mask enforcement must happen.