Tex and Bird are two California rebels just doing things their way, they are a prime example that hard work pays off. Their style can best be described as Cali Country, add a touch of Tupac and a tablespoon of the Beastie Boys and you have a wonderful flavor called The Moonshine Bandits. They have shared the stage with Uncle Kracker, David Allan Coe and Vanilla Ice. Music is their main focus, but the boys also have their own brand of liquor called Moonshine Bandits Outlaw Moonshine.

You can check out their recent album Whiskey & Women which is currently available on iTunes, there is also a place for you among the crazy crowd called Shiner Nation. Shiner Nation unites all the fans and is a bunch of rowdy hell raisin’ outlaws.

How long have you guys been performing together?

Since 1999 when we started music, we were writing songs and performing at small venues in California.  Prior to ’99, we were messing around with music at house parties and country parties out on the back roads.

What do you love most about performing? About music in general?

We love to perform live because of the energy. We also love to hear stories from our Shiner Nation family and share common experiences with them as well. Our shows demand crowd participation and Shiners in the crowd are just as much a part of the show as we are. You never know what you will see at one of our shows. Crowd surfer? Ladies showing body parts? Seen it all. Even autographed a prosthetic leg once because his original leg was bit off by a shark. We’ve seen it all and it never gets old. It’s just one big party where everyone leaves their problems at home and nobody judges each other. It’s wild.

Do you consider yourself a redneck?

Define redneck? Are we foul mouth whiskey drinkin’, cigarette smoking, moonshine shootin’, tobacco chewing, hard working guys that love to fish and BBQ on our off time, then yes.

Besides music, what other things are you involved in?

With the help of a few dedicated Shiners, we helped establish OPC Packing Company. OPC is an organization full of loyal Shiners that help donate and put together packages that are mailed overseas to our soldiers. The organization has grown tremendously over the years.

OPC has successfully sent out thousands of packages to troops, organized Bike Runs & Packing Parties with a primary goal of supporting our troops. We also have our own product line outside of music: Whiskey River Beef Jerky, 99 Proof Outlaw Moonshine Alcohol, Big Tex Rebel Rub Seasoning. We also own a bar in our hometown, called Shiners Bar and Grill. We are also sponsored by 51fifty Energy Drink that is one of the fastest growing energy drinks in the beverage industry. We like to keep our hands in a bunch of different mason jars.

Any future projects in the works we can be looking out for?

Yes, we just recorded a new album and it is different then any of our past albums. It captures all our styles that we’ve done over the years. We have some real exciting news to go along with this new album that will be out this year, but we just can’t announce it yet.

Southern WV born and bred who is a lover of all things country. She's a mother of two and professional hell raiser. Brittany will pop in from time to time as a Guest Columnist who will present her unfiltered thoughts on the most recent country concerts and maybe an exclusive interview or two. 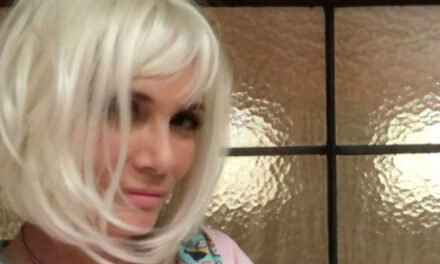