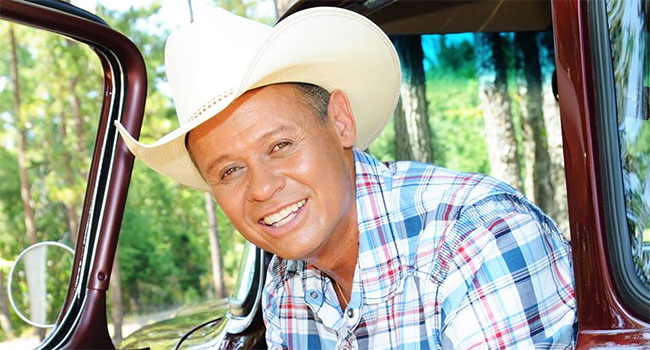 Nineties country singer Neal McCoy has released a new controversial single, “Take A Knee… My Ass,” that is garnering a lot of national and international attention. The song is a response to the National Anthem protests that started last year with NFL player Colin Kaepernick took a seat prior to a game over the treatment of minorities. McCoy’s grandfather and father are veterans of WWI and the Korean War, and from that McCoy has a deep love and respect for the men and women who “gave it all” for our freedom.

The singer recorded the song, written by his friend Dan Roberts, and released it on November 13th via Facebook Live. It has since racked up four million views on YouTube and has been racing up the charts to Top 5 on iTunes and Amazon. An edited version, aptly titled “I Won’t Take A Knee,” is being serviced to country radio, although he knows he’s “not at the top of radio’s listening chain.” However, he says that he just wanted to record it to share on his Facebook page after getting positive feedback from his band and a Branson, MO crowd of concertgoers.

“I understand not everybody feels the same way we do — you and I do,” he tells me after I share my mutual feelings for National Anthem protesting. “And I try to tell people, I said, ‘It’s not about protesting. Everybody has the right to protest and people protests all the time with rallies and marches and different things.’ I said, ‘It’s just the timing.’ It’s a pretty simple thing, the timing and place of it when for over one hundred years, people have gathered for games and different functions when people have sang the National Anthem, and it’s kind of a treasured moment for what I thought was everybody. Come to find out, I guess it’s not for everybody [chuckles]. I thought it was a treasured moment that people knew that this is the time, we’re fixing to do this, whether we’re saying the Pledge [of Allegiance] or National Anthem, we’re going to respect our flag. If we can put our hands over our hearts, stand if you can and pay attention.

“When Colin [Kaepernick] about a year ago took a knee, I thought, ‘That’s pretty crappy,’ and I found what he’s protesting — racial equality and stuff like that. And I get his protest and I can see a little bit of that, but during the National Anthem — I think it just lit up. It became a lightning rod for a lot of people that have had military backgrounds, like yourself, and knew people who had fought and not necessarily died, but certainly have been injured and just served our country.

“I was waiting, too [for someone to write a song about the protests]. I thought somebody would say something. People were saying stuff, but no one ever came up with a song. Maybe, Buddy, they were smarter than I am because now I put it out, I’m getting the angry people. I won’t call them haters, but they sure act like they hate me and my entire family because of it. Maybe people thought, we won’t put ourselves through it.’

“I just thought it was a great song so I recorded it. It just took a life of it’s own and it’s turned into what it is. I certainly didn’t mean for it to. I’m happy that it has, but if I can be the mouthpiece, I’ll take it.”

Since McCoy’s music isn’t heard as often on radio these days, he’s aware people may think the song is his return to music after a long hiatus. He tells me that he has never stopped playing music, although he understands why people may think that.

“The assumption is if somebody doesn’t hear you on the radio — and they’re not playing a lot of Neal McCoy music on mainstream radio anyway, and you don’t come tour where they can find out that you’re around — then everybody thinks you just quit or retired and I get that perception, but we’re out working,” he states. “Now that this little ol’ song has kicked in, people are writing, ‘Well, that has been! Didn’t he have a hit out in the Nineties?’ and all that kinda stuff. ‘What’s he doing now? I haven’t heard from him?’ And I get that so I don’t take that offensive at all. I understand since they haven’t heard me on the radio and I haven’t played kinda close to their town, they do think I’ve quit, but I promise I haven’t.”

Our entire thirty minute chat can be heard below where McCoy elaborates more on the National Anthem protests, discusses reciting the Pledge of Allegiance for nearly 700 consecutive days on Facebook, talks about a new reality show he’s about to pitch called Neal McCoy’s America and more. He tells us how his East Texas Angels Network (ETAN) charity has raised nearly nine million dollars since its inception more than two decades ago to assist children in East Texas. We also talk about last year’s You Don’t Know Me, Songs From The American Songbook and his most recent album, Neal McCoy’s Favorite Hits, in which the 59-year-old singer recut some of the biggest hits with a couple of new tracks.