Drummer Tommy Harden is very busy these days. When he’s not being called for recording sessions for some of Nashville’s top artists or touring with country superstar Reba McEntire, he’s writing, recording and performing in his own group, Lost Hollow. And, being a husband and father to six kids. Tommy took some time out of his hectic schedule to speak with me about what it’s like working with his wife in Lost Hollow as well as with other artists. Drummers, listen up, too, because he also gives you advice on how to make it the music biz.

I want to thank Tommy for granting me this exclusive interview. As a fellow drummer, I have been inspired by his work, so it is truly an honor and privilege that he agreed to speak with me. Tommy was also kind enough send me a copy of the Lost Hollow album. Read my review here.

Who is Lost Hollow?

Lost Hollow is a band consisting of Tommy and Lorrie Harden. We live in Nashville, TN and we have 6 kiddos.

The name Lost Hollow is very catchy and eerie sounding. What inspired you to use that name?

We heard the name and thought it was exactly what you described. I love the song Barton Hollow from Civil Wars, and I thought it was similar and would make a totally cool and mysterious band name.  A lot of our music tends to be very emotive and deep, so it was a great fit.

I understand you and your wife have a songwriting partnership. Is this how Lost Hollow came about?

Yes!  Basically I was working on a solo record for my wife (Lor  ‘I Am’) and we did some duets on the record. When we gave out the songs to different people, we weren’t expecting the reaction we got.  We would get texts from 20 somethings saying “wow, I’m so obsessing about these songs!” We got enough of these reactions that we thought maybe someone is trying to tell us something. So, Lost Hollow was born.

How long have you been working together musically?

Since we were first married. We’ve actually had songs cut that we’ve written together. In fact, we got a Carole King cut, and she’s never sung anybody else’s songs. We have a great writing relationship, I can come up with a melody and she’ll tell me exactly what the song should be.

How long has this album been in the works?

For a while, we’ve a had a lot of friends help and play and contribute. There are a lot of players that play on huge records that listen and just gush. It’s quite a compliment, coming from seasoned pros that work on master level records everyday.

The production is amazing. It’s full of all kinds of instrumentation. Did you produce and record it yourselves?

Thanks so much!  I produced and mixed the record. My good friend Doug Wayne at Mastermind, Nashville, TN mastered it. We really tried to do some different instrumentation that compliments the songs. We used everything from a sousaphone, to accordions, harmonicas, our upright piano, and we had help from lots of fellow studio musicians who basically bartered their time or just played for the love of the project. Many of the tracks were done on the road. Jimmy Mattingly played several of the string section recordings in hotel rooms into a laptop. The Sting cover, “Why Should I cry for You?” was recorded, vocals and acoustic guitar in a hotel room in Salt Lake City. When I tried to replace the lead vocal, Lorrie said “no way, you’ll never recapture that emotion,” so we kept it.

Most know you as a drummer, but you also write songs, play guitar and sing. You and your wife sound great together, by the way. Did you play all of the instruments on the record?

Thanks!! That’s the magic of Lost Hollow, we love our blend.  🙂

On some songs I played a lot of instruments. On “Ten Thousand Ways,” I played everything except the violin. Other songs, I played drums and keys. All the songs are different.

You have played a few showcases in Nashville. Are there any plans for a Lost Hollow tour?

Yes!! We are currently trying to market our records indie style, we are shooting our own videos and trying to get our music out to as many blogs and indie radio stations as possible. Both here and in Europe. The shares that we are getting from fans are so appreciated, it just blows me away. The other day I got a tweet from Ireland and Croatia in one day.

You filmed a video for “Drifting.” Was this shot during the Reba tour in England? What else is in store for Lost Hollow?

We did a show for Reba at Wembley Arena, so Lorrie and Anya and her friend Alyssa Jiosa went over early. We rented a car and drove around the UK for 8 days. I love the UK!!!! It’s my fav place in the world. We shot the video in Dover, Lacock Village, Castle Combe village, London, and Belfast. It’s just beautiful, magical, and it so matches the mood of Drifting. I could watch it a million times.

How did you get started as a drummer in Nashville?

I moved here and immediately got a gig with Larry Gatlin and the Gatlin brothers. I managed to talk my way into this gig with no audition. I then played in Ricky Skaggs band, Kentucky Thunder, before getting off the road to pursue full time studio work. Since then I’ve had an amazing career and played on crazy projects, multiple number ones, back to back number ones. I’ve been very blessed.

You have worked with some of Nashville’s top talent, including touring with Reba. Can you explain what that is like and how you got that position?

Nashville is really a one on one, networking town. You have to be easy to talk to and deal with, then when it comes time to play you gotta have the goods times twenty. I worked for years and years on my craft and continue to work on it daily basis. There are some pretty amazing drummers here, so you can’t show up and play good, you have to show up, work harder, work smarter, and play better.

You have a publishing deal as a songwriter and you and your wife wrote a couple of songs that Reba included on her Duets album several years ago. Who else has recorded your songs?

We currently are out of our publishing deal. Yes Reba cut two of our songs on the Duets record. One with Faith Hill (“Sleeping With The Telephone”) and the other with Carole King (“Everyday People”). Lor said I screamed like a girl scout on fire when I got the email about Carole. That was Lorrie’s musical hero growing up. We continue to write songs for artists and ourselves. We’ve had songs recorded by other folks, mostly artists that I produce.

You are also one of Nashville’s most in demand studio drummers. Having recorded with Justin Moore, Kip Moore, and Jack Ingram, just to name a few, can you name others we may be familiar with?

Dustin Lynch is a huge rising star, phenomenal vocalist and great guy. Craig Campbell is another vocal genius. Drake White is a new artist on Universal coming out. Yesterday I did new tracks for Larry Gatlin. I just played on Lee Brice’s number one “Hard to Love.” His next song too will go number one, it’s “I Drive Your Truck.”

For the drummers out there, can you explain what skills one must possess to become a first call studio musician and what that entails?

I tell people, it’s half attitude, half chops. You have to be a great, not good player. You have to be able to effortlessly play with a click. You have to have great gear and fantastic people skills, because they will be tested on a daily basis. People will ask you to play some crazy stuff, and you have to at least try with a smile. You have to be up and fluent in a lot of different styles, and be able to play them at the drop of a hat. You also have to be current on all the music out there.

I have thoroughly enjoyed your Five Minute Monday web series you started for drummers on your website a couple of years ago. I know you’re busy, but do you have any plans to resurrect that anytime soon?

Yes!! The plate is full, but not overflowing yet! I have to keep reminding myself that I do have a lot to offer. My insecure side tells me I’m a crappy teacher, but I seem to have a lot of happy viewers on the vids, so yes I do plan on resurrecting that. I’m probably gonna start doing covers as well.

What are you future plans musically?

Obviously, we want to build Lost Hollow up to be a formidable band. I have 6 kids, and they are all musical. I would love to fold them into the band when they are ready. We want to build an audience both here and in Europe. It would be a dream to tour with the kiddos in Europe.

I also have a degree in music composition, I used to be an orchestral arranger. I would love to score films. That is one of my passions.

Outside of music, do you have any other projects going on?

Is there anything outside of music?  😉 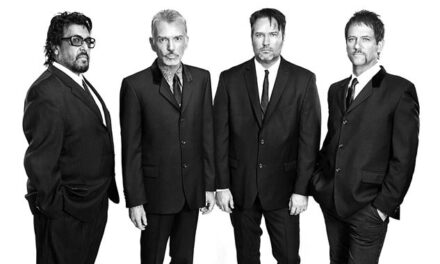 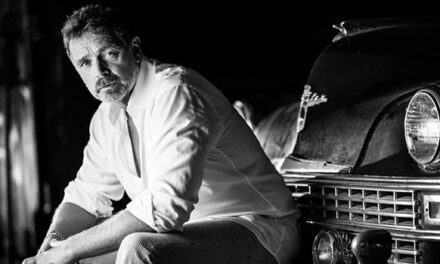