Festival d’été de Québec has announced the highlights of its landmark 50th anniversary celebration, which coincides with the 150th anniversary of Canada. The impressively broad line-up features international and local headliners, the latest trending talents, and tomorrow’s big names for a ticket price that can’t be beat–less than $75 U.S. for the entire 11-day Festival. The 2017 edition will take place at the world heritage UNESCO site of Québec City, from July 6 – 16.

Big names will bookend the different outdoor and indoor stages, including the Bell stage, Canada’s largest and one of the biggest outdoor stages in North America. The powerhouse rock vocals of P!NK, who has sold over 40 million albums worldwide, and a hip hop night with Best Rap Album-winner Kendrick Lamar will light up the opening Festival weekend. Metallica, the legendary heavy metal band that just announced its WorldWired tour, will headline the closing weekend along with the progressive rock sounds of the English rock band Muse. In between, the return of 1990s heartthrobs the Backstreet Boys, now playing to sold-out crowds at their ten-week Larger Than Life show in Vegas; country pop from Kelsea Ballerini; DNCE, whose debut single with frontman Joe Jonas, Cake by the Ocean, was Canada’s 2016 second most-played song; the unique stylings of folk-rocker Melissa Etheridge; Trap & B hip hopper Fetty Wap featuring Monty; Australian electronic music, DJ, and record producer Flume, fresh off his first Grammy for Skin; ten-time Academy of Country Music Award-winners Lady Antebellum; the chart-topping hip-hop trio Migos, the smooth jazz/Latin music of Pink Martini performing in several languages with a dozen musicians; and the “folk popgrass” music of the Canadian band The Strumbellas. Other artist highlights feature top Canadian band the Arkells, hip hop from DJ Shadow, heavy rock punk-pop from MxPx, and electronic rock with Phantogram.

“As we look forward to marking the 50th year of Festival d’été de Québec, I couldn’t be more excited,” said General Manager Daniel Gélinas. “I’m so proud that in today’s world of business globalization, we remain one of the few major non-profit, independent Festivals in North America. Throughout our history, we’ve been able to make the music of both emerging artists international celebrities alike accessible to all. That has always been our mission, and the 50th anniversary will more than ever continue to showcase that vision.”

Passes can be purchased online at infofestival.com and by phone at 1-855-800-3347 (toll-free), with a limit of eight passes per transaction. They will also be available at the box office during the Festival, pending availability. Children up to 11 years old accompanied by an adult do not need a pass, except for Metallica. The Festival pass will be on sale on March 9th, for $95 CAN (less than $75 U.S.) at 12 p.m. EST.

Additional ticket info is available for Front Stage Gold, Silver, and Signature zones. Starting on June 6th, the Festival pass will be available for $105 CAN.

The Festival d’été de Québec is celebrating its grand 50th anniversary with an epic, retrospective exhibition of the Festival’s history and three original street performance shows with a unique French flair. These events are free. 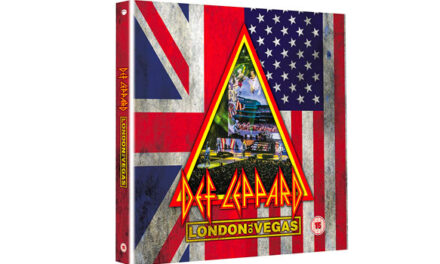