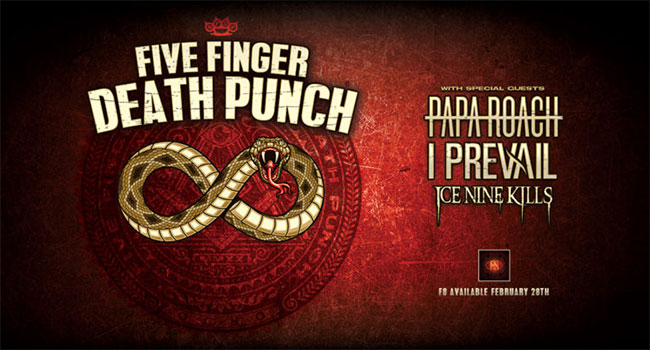 Five Finger Death Punch has announced it will kick off the second leg of its current U.S. arena headlining tour in April 2020, featuring special guests Papa Roach, I Prevail, as well as highly acclaimed newcomer Ice Nine Kills. The tour is co-produced by Frank Productions and Live Nation.

Coinciding with the unveiling of their next massive tour, FIVE FINGER DEATH PUNCH have announced their long awaited eighth studio album, titled “F8”. The album will be released globally on February 28th, 2020 and is available for pre-order now.