“Meant to Be” Shatters Chart Record with 35-Week Run

Florida Georgia Line and Bebe Rexha now have the longest-running streak on the Billboard Hot Country Songs chart with their 3x platinum-certified smash “Meant to Be,” released via Warner Bros. Records. The global entertainers premiered at the top of the chart on December 16, 2017 and have reigned an unprecedented 35 weeks straight.

“I’m so honored to be a writer and an artist on this song,” FGL’s Tyler Hubbard tells Billboard. “I’m thankful to just be one of the many people who put so much energy and effort into making music history. Now, it’s time to get back in the studio and try to break the new record.” FGL’s Brian Kelley adds, “The power of music continues to blow our minds, and we are extremely humbled and thankful that ‘Meant’ has spent the better part of a year at the top. The connection we feel with our fans through our music is extra special with this song. Bebe and her camp were a blast to work with.”

“I’m grateful to be able to create music that allows me to push limits and push myself. I’m grateful for all the love and warmth from the country community [and give] credit to country greats who influenced me: Johnny Cash, Dolly Parton, Dixie Chicks, Shania Twain, Taylor Swift, Carrie Underwood and so many more. Here’s to writing with your heart and breaking boundaries,” shares Bebe Rexha.

Surpassing one billion total streams globally, “Meant to Be” became FGL’s first No. 1 Hot Country Songs debut and marked only the fourth No. 1 entrance in the chart’s history. Rexha also became the first solo female to launch in the top spot. Hubbard, Rexha, Josh Miller, and David Garcia penned the fated single, which has now surpassed the multi-platinum duo’s own former record-breaking “Cruise” (24 weeks). An exclusive live version of “Meant to Be” is available now, recorded when FGL and Rexha performed together at Nashville’s Nissan Stadium during this summer’s CMA Fest.

On August 13th, FGL and Rexha will bring their worldwide mega-smash to the Grammy Museum in Los Angeles, CA, for a one-night-only conversation and performance hosted by Billboard’s West Coast Editor Melinda Newman. Up next, FGL and Rexha will vie for Best Collaboration at the 2018 MTV Video Music Awards on August 20th; fan-voting is now open. On August 14th, FGL will return to CBS’ The Late Late Show with James Corden to perform their current Top 10-and-climbing single, “Simple.”

The BMLG Records superstars are taking their fresh hits on the road – having released their roots-infused lead single plus “Colorado” and “Talk You Out of It” off their upcoming fourth studio album – with their inaugural FGL Fest this fall during the Indianapolis Motor Speedway’s 25th annual NASCAR weekend on September 8th and speeding into the winter with Florida Georgia Line Live From Las Vegas residency inside Zappos Theater at Planet Hollywood Resort & Casino for five nights this December. 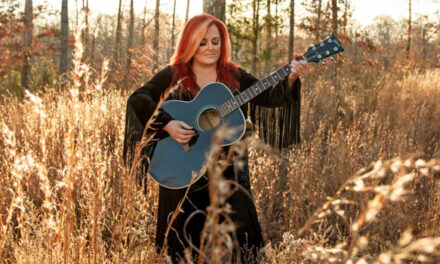