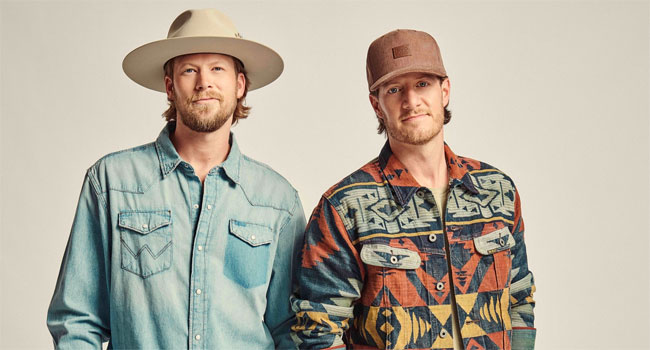 “Lit This Year” is available at all digital retailers

Add a splash of Old Camp to your cup of eggnog … Florida Georgia Line gets the holiday buzz on with their first-ever seasonal release. “Lit This Year” is available now at all streaming platforms and digital retailers via BMLG Records.

“BK, Corey [Crowder], and I had a good time writing this one,” shares FGL’s Tyler Hubbard. “We felt like we were writing the modern-day version of ‘Grandma Got Run Over by a Reindeer’ meets Christmas Vacation. The only thing that would make this Country Christmas song any better is if we could shoot a video and feature ‘Cousin Eddie.’”

“Get your holidaze on, y’all,” adds FGL’s Brian Kelley. “This is a new one for us. T and I always felt our first holiday song would come at just the right time – we’re excited for fans to have something FGL to cheers to the season with!”

Proving their party-starting spirit is a gift that keeps on giving, Hubbard and Kelley penned and produced “Lit This Year” alongside Corey Crowder. FGL sings, “Got some good ole Christmas spirit in this cup right here / That Christmas tree ain’t the only thing getting lit this year,” as they toast to a special kind of yuletide cheer. The festive two-stepper is overflowing with warm-and-fuzzy fun wrapped in a twangy mix of banjo, guitar, and brotherly harmony.

Sparking country radio with “Long Live,” the global superstars will perform their latest hit during The 54th Annual CMA Awards and vie for Vocal Duo of the Year on ABC November 11th. Additionally, the pair scored a nod for fan-voted Favorite Duo or Group – Country on ABC’s 2020 American Music Awards on November 22nd where fans can vote through November 16th. FGL also recently reconnected with Nelly for a red-hot feature on the Hip-Hop hitmaker’s “Lil Bit.”