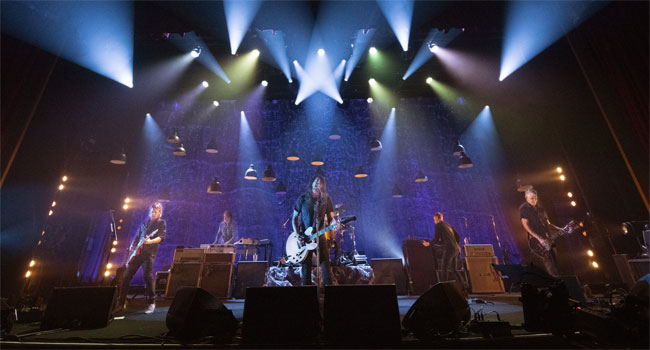 Foo Fighters’ performance will feature a career-spanning set of classics from the band’s 25-year career, including quintessential tracks like “Learn to Fly,” “Times Like These,” and “Best of You.” The band will also perform their Billboard Rock Airplay No. 1 single, “Shame Shame” — the first single from Foo Fighters forthcoming 10th album Medicine at Midnight. Next week’s performance will also include the debut of the band’s festive cover of Chuck Berry’s 1958 classic, “Run Rudolph Run.”

Holiday Plays will stream globally at 8 pm ET from the Amazon Music app and on the Amazon Music Twitch Channel, and in the U.S. on Prime Video and the homepage of Amazon.com. The series will live on-demand for a limited time.

Holiday Plays premiered earlier in December with a set from trailbazer Miley Cyrus, who debuted her first performance since the release of her new album Plastic Hearts via RCA Records. Cyrus’ entry in the Holiday Plays series included a mix of songs from the album, including “Prisoner” and “Plastic Hearts,” in addition to a reimagined version of Wham!’s holiday classic hit, “Last Christmas.” Viewers also witnessed the world premiere, live performance of Lil Nas X’s new single, “Holiday.”

Rising R&B sensation Kiana Ledé followed Miley Cyrus’ performance with a Holiday Plays set that featured fan favorites “Plenty More” and “Second Chances” off her debut album, Kiki. Ledé’s set also featured a riveting performance of her breakout single, “Ex,” as well as her brand-new Amazon Original cover of “The Christmas Song,” the studio version of which can be only heard on Amazon Music.