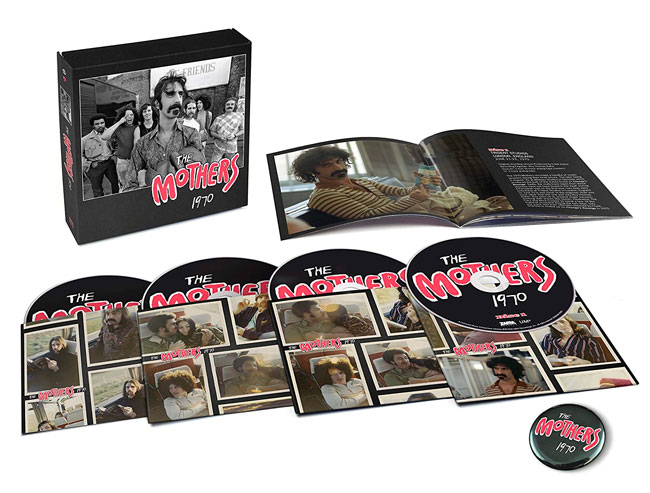 To commemorate the 50th anniversary of Frank Zappa’s celebrated but short-lived 1970 Mothers Of Invention lineup, “Portuguese Fenders,” the first track to be released from the new collection, The Mothers 1970 is available to stream. The newly-discovered gem is one of 70 unreleased live and studio recordings featured on The Mothers 1970, available digitally and as a 4 CD box set June 26th via Zappa Records/UMe. Recorded live by Zappa on his own tape recorder on tour in 1970, “Portuguese Fenders” is a rollicking live recording featuring an exhilarating guitar solo by the iconoclastic composer and virtuosic guitarist backed by the revered ensemble.

Overseen by the Zappa Trust and produced by Ahmet Zappa and Zappa Vaultmeister, Joe Travers, The Mothers 1970 collects together more than four hours of previously unreleased performances by the heralded lineup which lasted roughly seven months: Aynsley Dunbar (drums), George Duke (piano/keys/trombone), Ian Underwood (organ/keys/guitar), Jeff Simmons (bass/vocals) and Flo & Eddie aka Howard Kaylan (vocals) and Mark Volman (vocals/percussion) of The Turtles who performed under the aliases to skirt contractual limitations of performing under their own names. This iteration of The Mothers, which likely began rehearsals fifty years ago this month, came to an end in January of 1971 when Simmons quit the band during the making of the 200 Motels movie.

The Mothers 1970 encapsulates the band’s brief but productive span, which included two visits to the studio – resulting in the fantastic 1970 album, Chunga’s Revenge – and tours across the U.S., Canada and Europe. Divided into four parts, the collection is anchored by top notch studio recordings recorded at the famed London-based Trident Studios on June 21-22 with a then-young, unknown producer in the engineer chair by the name of Roy Thomas Baker, several years before he’d go on to have massive success working with Queen, The Cars and Alice Cooper to name a few. An unreleased early mix by Baker of the Chunga’s Revenge track, “Sharleena,” is just one of the many highlights of the studio recordings that also boasts several unearthed rough mixes of the Zappa/Simmons co-write, “Wonderful Wino,” including a rare version that showcases vocals and an alternate guitar solo by Zappa that has been lost to the ages as the original multi-track stems were recorded over. Of the material recorded during this two-day span, “Sharleena” was the only song ever officially released – so tracks like “Red Tubular Lighter,” “Giraffe” and an unheard version of “Envelopes” are completely brand new to fans half a century later.

The band’s live prowess is represented with a slew of concert recordings, including the first official release of the oft bootlegged “Piknik” performance originally broadcast on Dutch radio station VRPO, and live performances from concerts in Santa Monica, CA and Spokane, Wash. which have been edited together and presented as a hybrid concert since both shows were not fully captured. The release is rounded out with a selection of live highlights recorded around the U.S., interspersed with candid moments recorded in dressing rooms, motel lobbies and the stage by Zappa who took his personal UHER recorder everywhere. All recordings comprising The Mothers 1970 were sourced from their original tapes discovered in The Vault and digitally transferred and compiled by Travers in 2020. Some tracks were mixed by longtime Zappa Trust associate Craig Parker Adams and the collection was mastered by John Polito at Audio Mechanics.

It wasn’t until 1971 when Zappa would start documenting his gigs with a half inch four-track recorder so the 1970 tours were not captured in typical fashion. Instead Zappa recorded as much as he could using his personal UHER recorder and it is these recordings that make up the second half of The Mothers 1970. Because of the nature of the recordings it was almost virtually impossible for Zappa to record full shows due to the limitations of the tape recorder and the fact he would often times personally spool tape on the machine on stage while playing. Occasionally Zappa would have the soundman set up the recorder in the venue to tape the concert. This resulted in ambient recordings which was the case for the Santa Monica and Spokane recordings as well as the live performances that make up the final disc. Similar to the Gail Zappa-created Road Tapes live series, these recordings contain audience noise allowing listeners to experience what it was like to be there. The set lists focus heavily on songs from the albums Freak Out!, Absolutely Free, We’re Only In It For The Money, Uncle Meat, the then-recently released Burnt Weeny Sandwich, and early workings of songs that would eventually be released months later on Chunga’s Revenge. Some of the many highlights include the extended guitar workouts, the first version of “Easy Meat” and rare live performances of “Would You Go All The Way?” and “Road Ladies.”

Following Zappa’s especially productive year of 1969, which saw him record and release several albums, including Uncle Meat and Hot Rats, produce Captain Beefheart’s outsider classic, Trout Mask Replica, as well as the one and only album for The GTO’s, the musician disbanded the original Mothers Of Invention and started experimenting with smaller lineups. Through a variety of circumstances and several chance encounters, Zappa began to assemble his new group of collaborators, with the only original Mother being Ian Underwood. As Travers writes in the enlightening liner notes, which also include a wealth of live and behind-the-scenes photos from this era: “It’s no secret that Frank was excited about this group. The cast of characters and their personalities, musically and personally, made for a very eventful and humorous chapter in Zappa’s career. Frank had a blast with these guys. Their sound was unique, their humor was like no other and yet their time was ultimately short lived.”

Fleeting as it may have been, this camaraderie is on full display and will now live on forever as the exciting new collection, The Mothers 1970. 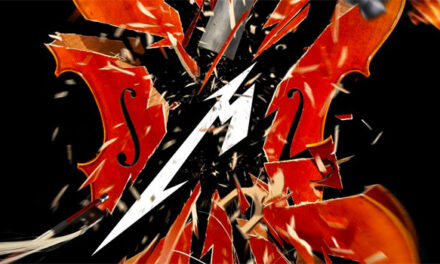