A fully authorized Tupac Shakur documentary is the in the works. The Shakur Estate and Amaru Entertainment — a company the rapper’s mom Afeni Shakur created to release her son’s posthumous projects — is working with Nigel Sinclair’s White Horse Pictures for the project.

“I am extremely moved and excited to be exploring the life and times of this legendary artist,” McQueen says in a statement. “I attended NYU film school in 1993 and can remember the unfolding hip-hop world and mine overlapping with Tupac’s through a mutual friend in a small way. Few, if any shined brighter than Tupac Shakur. I look forward to working closely with his family to tell the unvarnished story of this talented man.”

“Together, with the team we have assembled, I am honored to have the opportunity to bring the documentary Tupac started in 1996 to life.”

“Tupac’s timeless message resonates today as strongly as it did when I first discovered him in 1990, possibly more so. His legacy is unfortunately seen now through the refraction of the headlines, the controversy, and the tragic way his life ended,” Whalley comments. “With this film, we will show the artist and the young man who existed beyond the news. I have an obligation to both Tupac and Afeni Shakur, to make sure this project becomes realized. In the final year of her life, Afeni and I spoke often of her desire to have her son’s true story be told. We are very excited to be working with the talents of Steve McQueen, Jayson Jackson and Nigel Sinclair.

“Together, with the team we have assembled, I am honored to have the opportunity to bring the documentary Tupac started in 1996 to life.”

The documentary will be produced with the full cooperation and the assistance of The Shakur Estate, and financed and distributed by Amaru Entertainment. White Horse Pictures is engaged as the worldwide sales agent on the documentary.

Interscope Records, the label that released the majority of Tupac’s catalog, and Universal Music Publishing Group will provide help and full support to the production. Both companies are divisions of Universal Music Group.

No word on when production will begin or an expected release date.

The Who takes over AXS TV 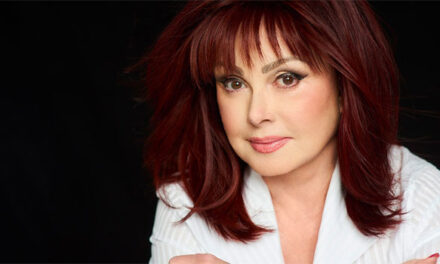